What is the coldest month in Melbourne?

July
Melbourne's top temperatures are usually in January and February. Those months are often dry, with hot spells and cooling afternoon breezes off Port Phillip Bay. June and July are the coldest months and October is the wettest.

Is Melbourne a safe city?

OVERALL RISK : LOW. When the criminal against tourists is considered, Melbourne is believed to be a very safe city. The overall rating is 80% which makes it a place where tourists can feel safe walking around.

Is January or February hotter in Melbourne?

When Is It Best To Visit Melbourne?

Thanks to its location on Australia’s south coast, Melbourne is the country’s most seasonal city, experiencing hot summers through to cold winters and everything in between!

You can visit Melbourne throughout the year, but Spring (October to December) and Autumn (March through to May) are definitely the best months when you’re most likely to encounter sunshine but not stifling heat.

Be warned that Melbourne has a BIG reputation for experiencing four seasons in one day. You might have a heatwave followed by a cold front that drops the temperature by 10 degrees, followed by a downpour! When the sun comes out, though, there is nowhere more glorious to be. But always pack an umbrella year-round!

Melbourne is really a city of culture and nature lovers, so finding out when events are on is a great way to plan your trip (do note, however, that hotels can book up and be more expensive during popular events).

It can also be a little busier over the school holidays, though not as extreme as other cities (Melbournians tend to head to the northern states during school holidays).

Due to moderate climate and tourist crowds, March to May and September to November are the best time to visit Melbourne. Grape and wine tasting and admiring golden foliage—what could make your Melbourne autumn better?

A chilly period between June and August sees fewer tourists and many cultural events to push yourself out of the blue. And what a fantastic chance to ski snowy Mount Hotham or Mount Buller! Spring months promise amazing blooms during Tesselaar Tulip Festival and iconic events like Melbourne Fringe and Melbourne Festival.

December to February bring stunning beach vacations and cricket season to Melbourne. However, the city also attracts hordes of tourists during summertime, so try to plan in advance. 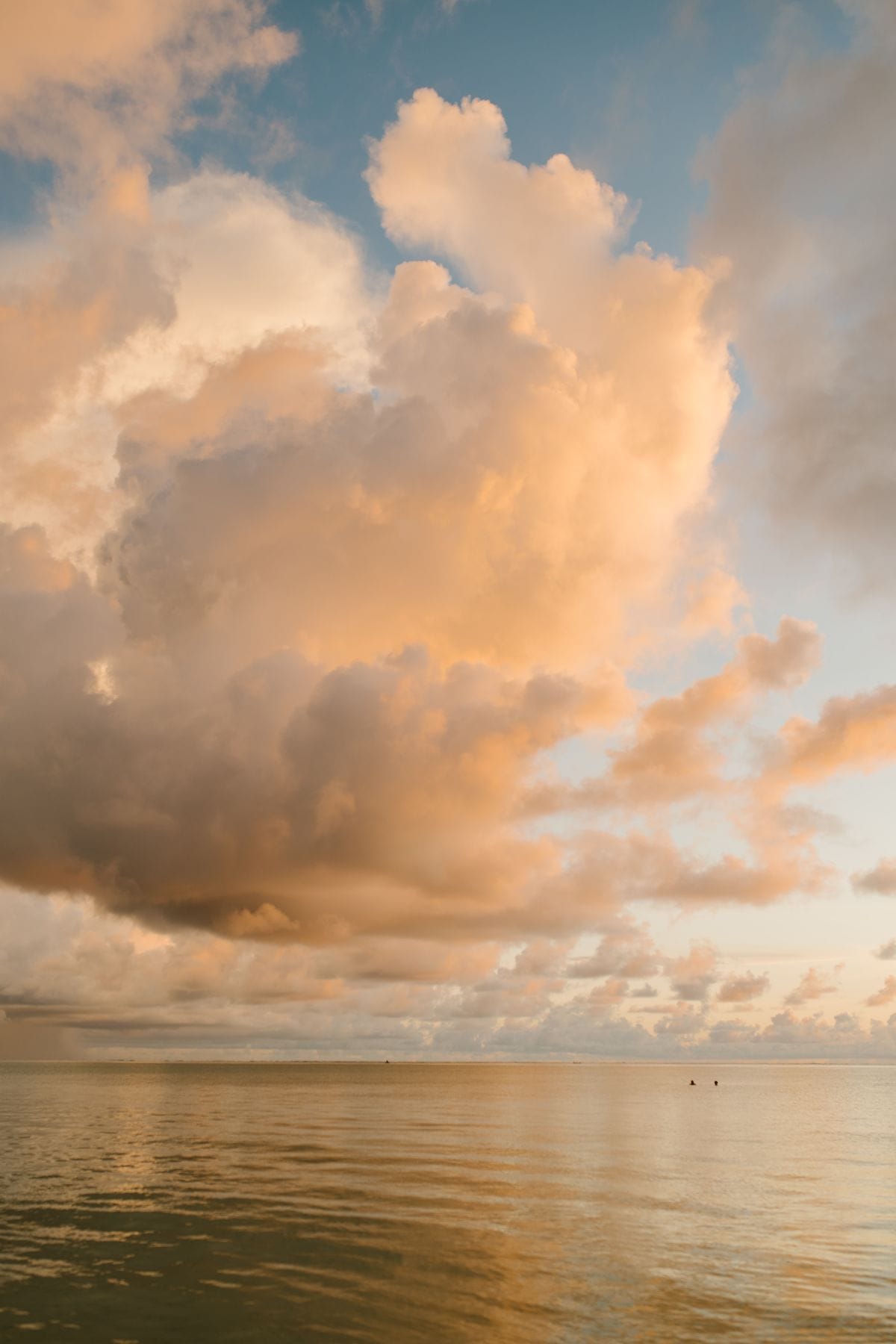 January and February are Melbourne’s hottest months but are also a hub of activity. It’s not unusual for the city to experience extremely hot days in excess of 40c (104f) and you’ll find locals and visitors alike flocking to any patch of water they can to cool down.

The Australian Open tennis is held in January, which brings a huge multicultural feel to the city. With local kids being on school holidays too, there are usually many family-friendly activities going on all over town for the little ones to join in.

With the heat can also come high fire danger. If you are taking day trips out into the bush, please be careful to heed warnings. Also, remember your sun safety. Even on a cloudy day, the UV rays are powerful here and can burn fair skin in minutes.

March is the absolute perfect time to visit Melbourne. You can still get some long mild to warm days and enjoy the great outdoors.  The Australian Grand Prix in Albert Park always brings a hub of activity, as does the Melbourne Food and Wine Festival.

The delightful Moomba Festival on the banks of the Yarra has been entertaining Melbourne families over labour day long weekend for decades.

Kids are back at school from the end of January through until Easter time, so it can be less crowded to get around, and the weather is a little more predictable. The many parks and avenues around Melbourne are planted with deciduous trees so that you will get a glorious display of colour.

It can be getting pretty crisp and cool by May, and the rainy days start to set in. 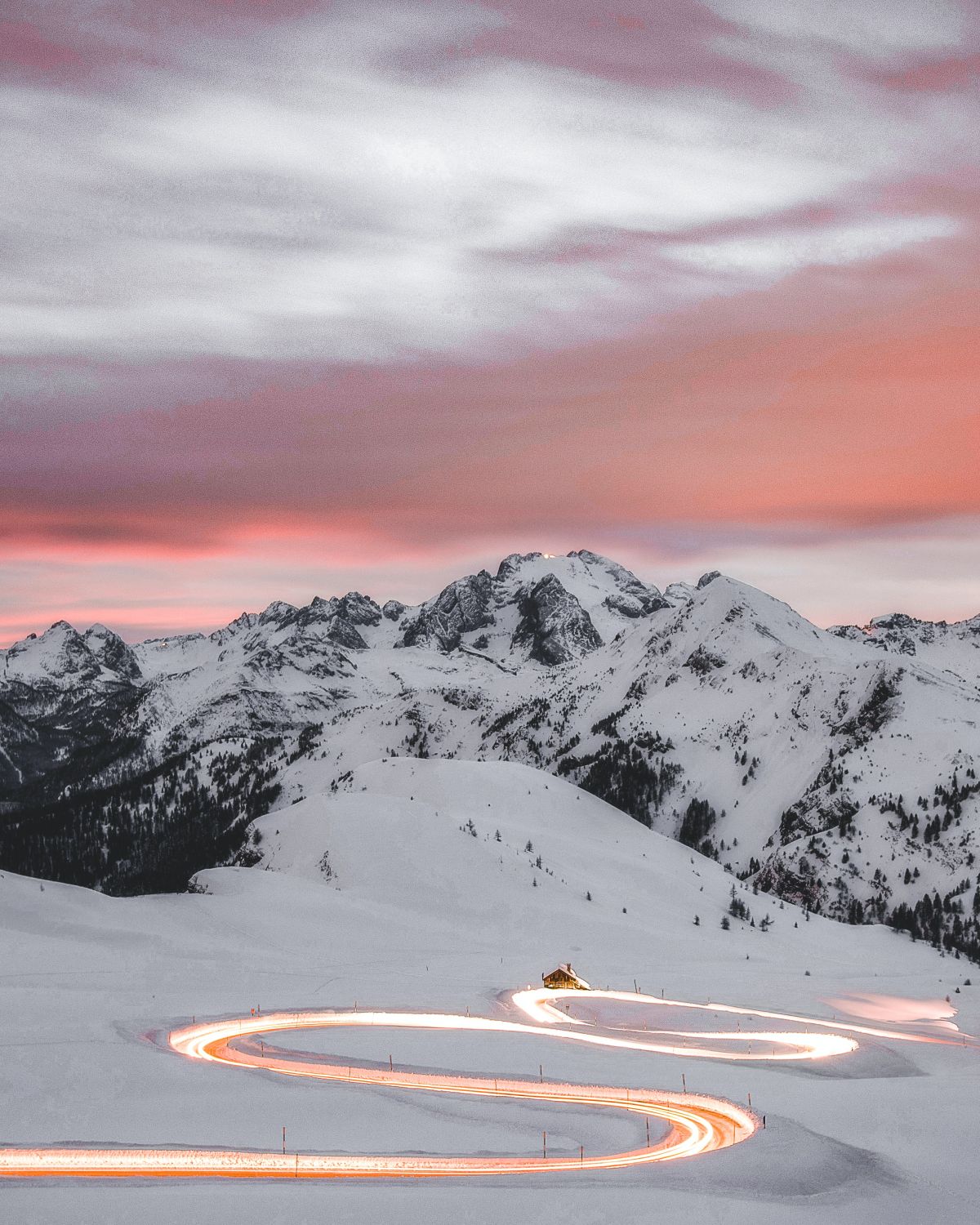 It’s fair to say that winter is not Melbourne’s finest season! It is a great time to enjoy local sports, though, like Aussie Rules, and enjoy other cultural, shopping and indoor options, ideal, but I would hold off on planning your BBQ!

There is plenty of indoor exploring to do, though in a city used to rainy day alternatives! You’ll find lots going on at the National Gallery of Victoria (NGV), particularly over the July school holidays, as well as the ACMI (Australian Centre for the Moving Images) at Fed Square and the Melbourne Museum. 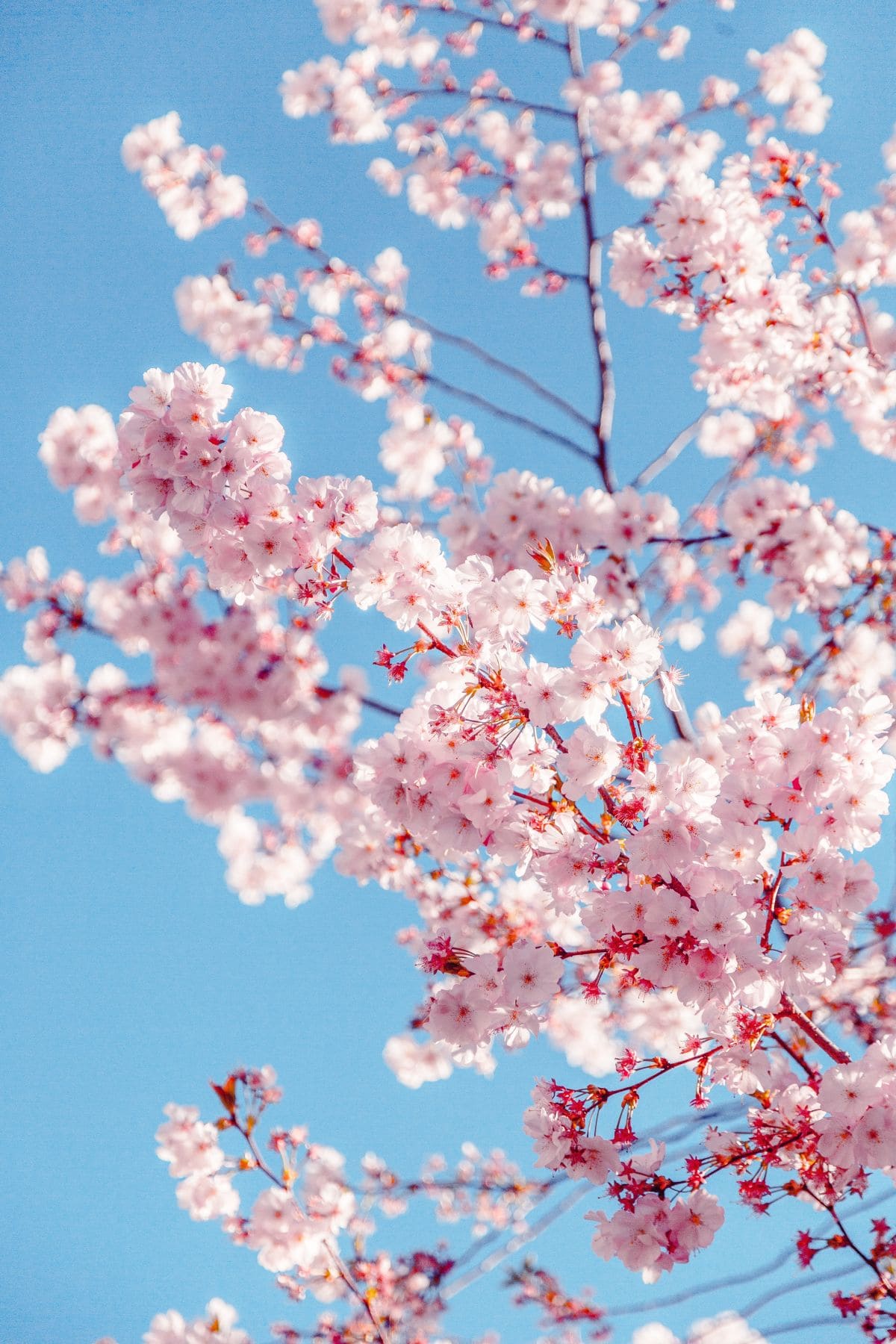 The entrance of Spring is marked by the end of the Aussie Rules footy season, with the AFL Grand Final being played in the last weekend of September. The captivating Spring Racing Carnival swiftly follows this. Even if horse racing isn’t really your thing, the floral and fashion are unmissable, and there’s a great vibe around town.

Although the rain tends to ease towards year-end, it can still be quite remarkable all the way through to the end of December. 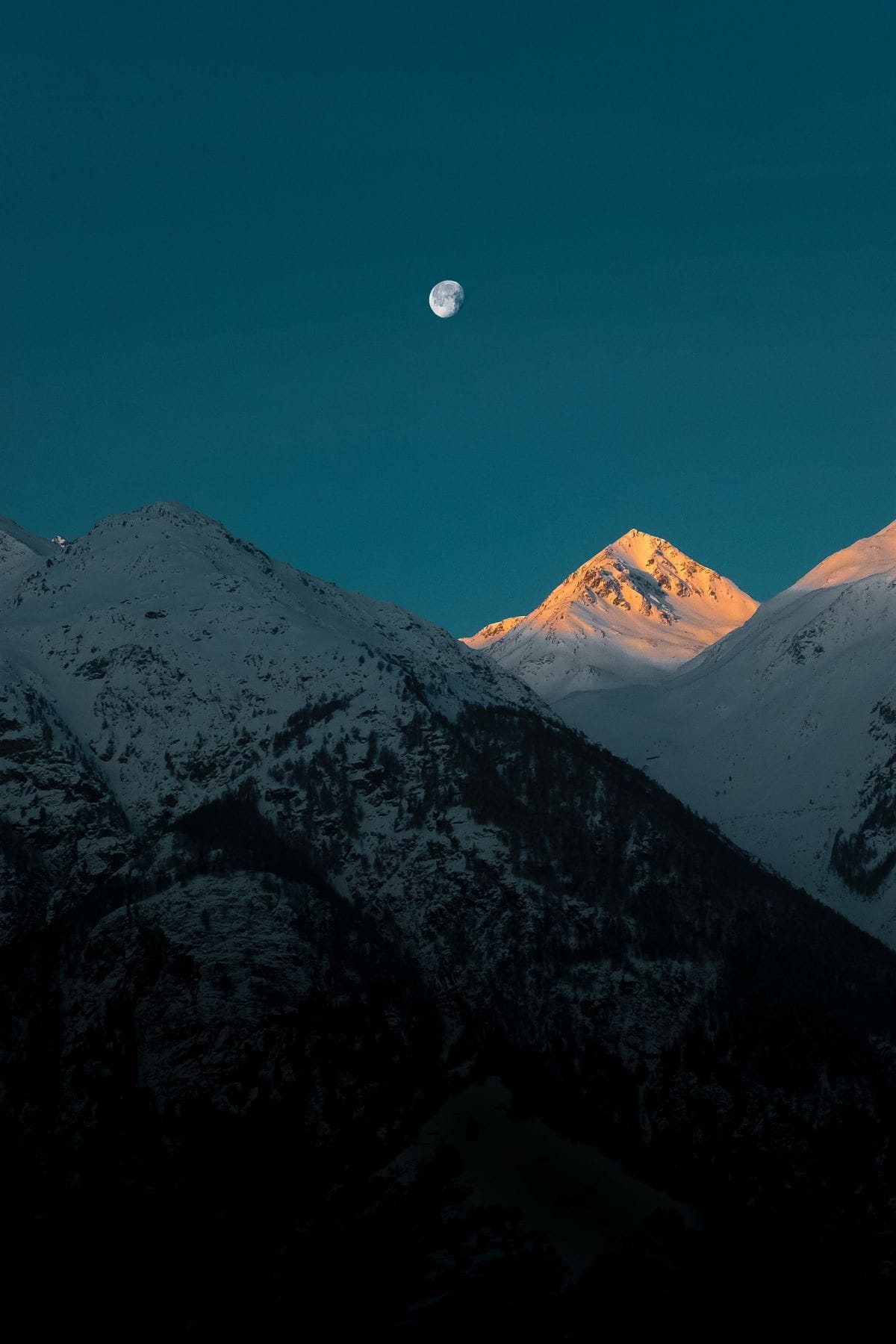 When is the best time to visit Melbourne? 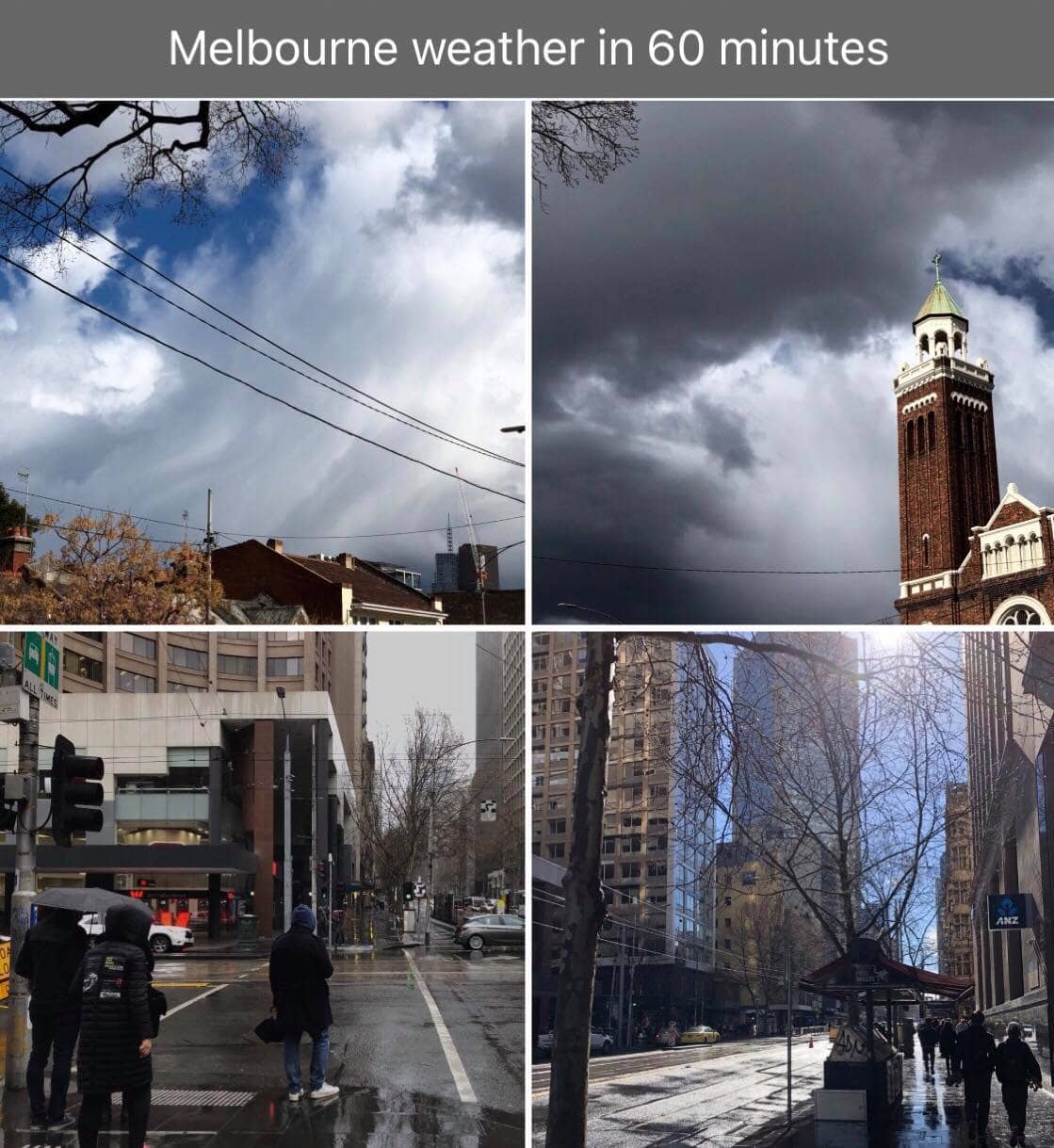 The city’s weather is infamous for being so unpredictable. Locals often say, “If you don’t like the weather, wait 5 minutes.” The musical group Crowded House even wrote a song about it: Four Seasons in One Day.

This is the middle of summer, so take the usual precautions (hat and sunscreen), though Melbourne doesn’t suffer the high humidity that affects Sydney. Average daytime temperatures of 26°C can be misleading; they can often be 10° higher during the afternoon. Some rainfall, but it’s much more likely to be remnants of a sub-tropical weather pattern to the north rather than the sort of drizzle witnessed in winter.

The dry heat continues, peaking in February, the hottest month of the year. Daytime temperatures of 37°C (about 100°F) are not uncommon, although it can fall to half that in a couple of hours after dark—the least number of rainy days (6) for the year.

As the autumn (fall) quickly arrives, the heat doesn’t tend to hang about in Melbourne like other Australian cities. Average daytime temperatures drop a few degrees to a pleasant 24°C, but there’s no more rain than January or February.

A pleasant time to visit as the numerous parks and gardens are covered in fallen leaves, and some lingering warmth and sunshine are yet to be replaced by dark clouds and howling winds. Slight increase in the amount of average monthly rainfall and the number of days with rain (10). Daylight saving time finishes on the first weekend in April.

Melbourne Weather in May

By now, winter has well and truly started, so be prepared. Average daytime temperatures have dipped to 17°C and about ten °C overnight. This is made worse by winds that can blast through the city streets and destroy defenceless umbrellas.

Similar rainfall as April and not much more than the summer months on average, but it may drizzle for hours, even days.

Melbourne never receives snow, and damaging hail is rare, but the winter can be cold, windy, wet, and cloudy. The shortest amount of daylight does not help this for the year. The good news is that the football season is now in full swing.

Come prepared with an extra-thick coat and super-sturdy umbrella. Oddly, not as much average monthly rainfall as the summer months, but the mizzle (combined mist and drizzle) can last for days.

With the year’s second-highest number of rainy days (14) and the lowest average daytime/overnight temperatures (14°C/7°C), even the hardiest Melburnians do sometimes complain.

The imminent finish of the football season heralds some optimism about the weather. While August is still one of the wettest and windiest months, clouds do break more often to reveal welcome patches of blue.

Average daytime temperatures increase slightly as the winter officially ends by the start of September, but the weather can be (and often is) still reasonably miserable.

Start of spring and the football finals. A changeable month, but more likely to remain wintry than summery for a few more weeks. Highest average monthly rainfall for the year so far, so don’t put away any coats or umbrellas quite yet.

More changeable weather, when a promisingly warmish morning can turn disappointingly wintry in minutes. Surprisingly, there is more rain in October than any month in winter, but it is now more likely to be short, heavy spells than all-day drizzles.

Average daytime temperatures have now hit the optimistic mark of 20°C but are a still-chilly at 11°C overnight. Daylight savings time starts during the first weekend in October.

Stretches of blue skies and dry days improve the morale of Melburnians immeasurably as the Spring Carnival of horse racing is squeezed between the football and cricket seasons. Strangely, November almost ties with December as the wettest month, but short sub-tropical downpours are much more likely than long drizzles.

Every month from now until March, average daytime and overnight temperatures rise by a degree or 2 (°C), and there is much more blue sky than grey clouds.

As summer has now arrived, daytime temperatures can peak significantly higher than the average of 24°C. Scorching days of +35°C are standard, and bushfires in rural regions an occasional danger, but Melbourne does not suffer the high humidity of Sydney.

Paradoxically, December is the year’s wettest month for total rainfall, but precipitation is only ten days per month on average.