Melbourne is the capital of the state of Victoria, and has a population of 4.2 million, making it Australia’s biggest city. It is considered a great place to live based on its clean environment, cost of living, and quality of housing and education.

It has seven universities in total with nearly 300,000 students - more than a third of whom come from overseas. It is one of the biggest study abroad destinations in the world. Five of these universities are ranked in the Times Higher Education World University Rankings 2021.

Known for its music scene, cultural festivals, excellent restaurants, stunning parks and gardens, and the plethora of entertainment venues, there is no shortage of things to do in Melbourne.

The city itself is a multicultural melting pot, with residents from all over the world – which is also reflected in its globetrotting cuisine. Melbourne also has the largest Greek population outside of Greece.

With Melbourne as a starting point, the state of Victoria has a wide range of landscapes to explore – from immense stretches of coastline to stunning desert lands to snow-capped mountain ranges. The weather is also a big draw for students and temperatures rarely drop below 10ºC in winter.

Crowds of residents and tourists flock to annual international events such as the Australian Tennis Open, Melbourne Grand Prix, and the International Test Cricket Series. 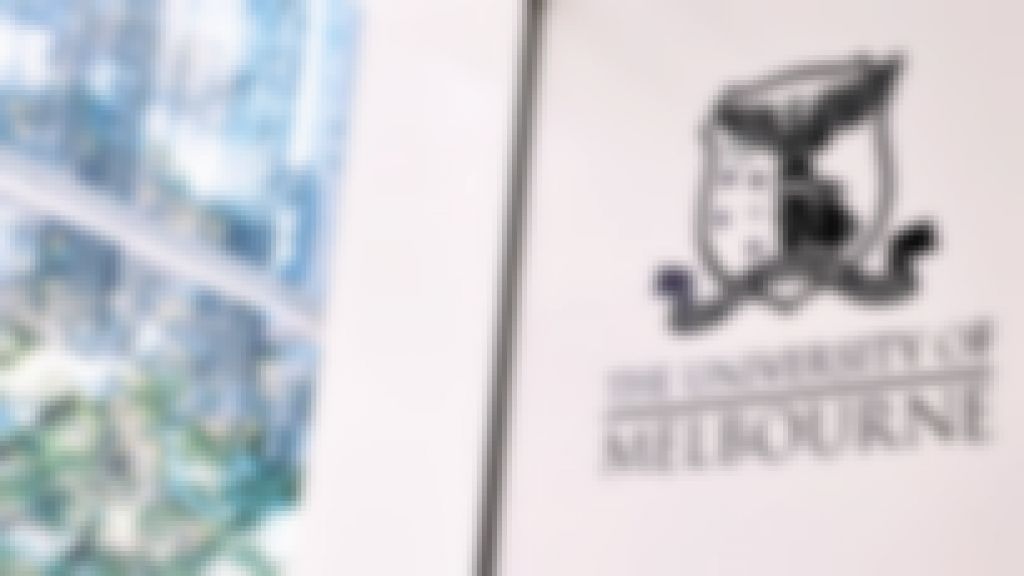 Founded in 1853, the University of Melbourne has seven campuses located across Melbourne and in other areas of Victoria, Australia. The main campus is at Parkville, located on the fringe of Melbourne’s business district, and the 42,000-strong student body also study at Southbank, Burnley, Creswick, Dookie, Shepparton, and Werribee campuses.

The University of Melbourne has one of the largest cohorts of graduate researchers in Australia, with more than 15,000 Ph.D., research doctorate, masters by research, and postgraduate coursework candidates.

There are five research institutes, one of which was responsible for the development of the cochlear implant in the 1970s.

Notable alumni include four Australian prime ministers, five governors-general and nine Nobel Laureates, the most of any Australian university – as well as many other distinguished judges, academics, politicians, and industry leaders. 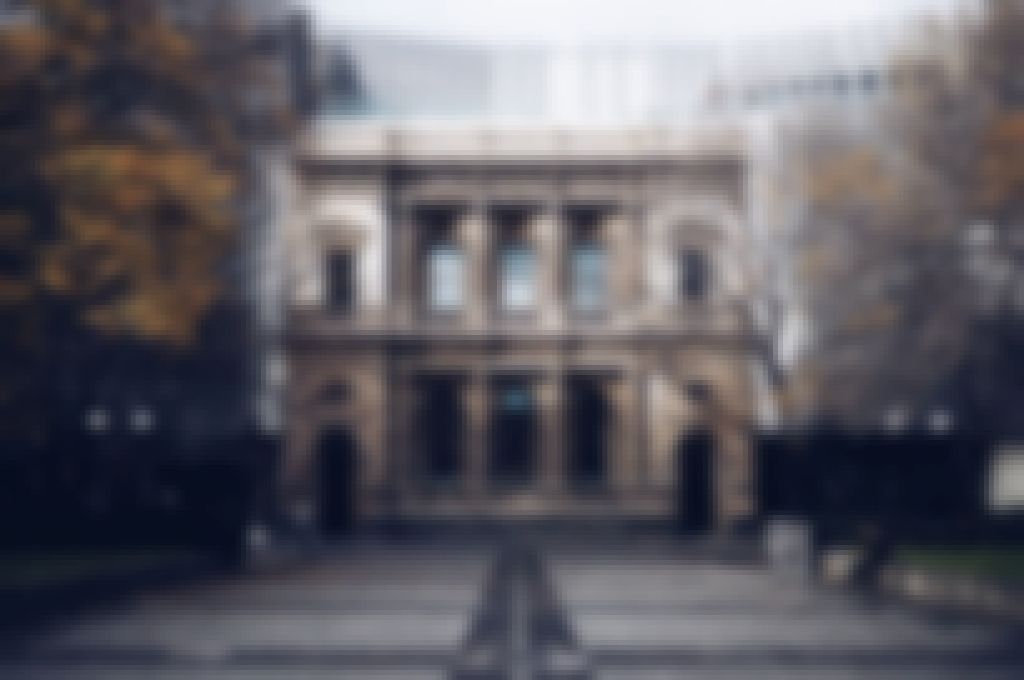 Founded in 1958, Monash University is the second oldest university in the state of Victoria and the largest university in Australia. It is named after the engineer, military leader, and public administrator Sir John Monash.

It is one of Australia’s leading research universities and has five campuses in Victoria (Clayton, Caulfield, Berwick, Peninsula, and Parkville), as well as one in Malaysia, a research and teaching center in Prato, Italy, a graduate research school in Mumbai and a graduate school in Suzhou, China.

There are more than 6,000 courses spread over 10 faculties. It is home to over 120 research centers and institutes and some of the university’s most notable research achievements include the world’s first IVF pregnancy, the first seatbelt legislation, the discovery of the anti-influenza drug Relenza and the development of a single-use oral anti-malaria drug. 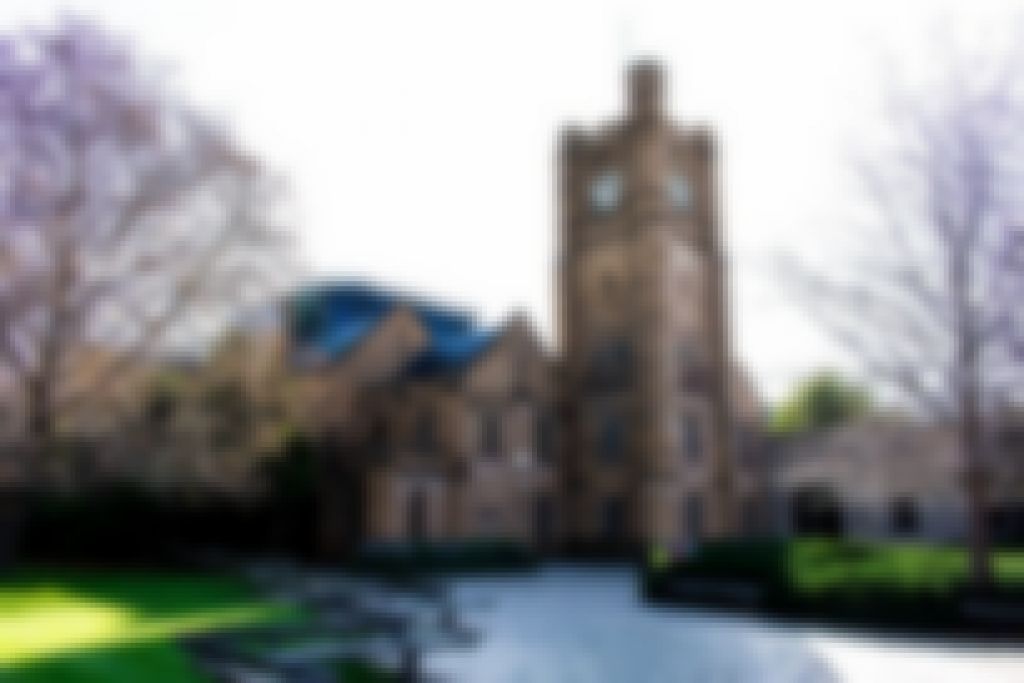 Although it was established in 1964, La Trobe University’s origins can be traced back to the post-World War II era where the country pushed towards increasing higher education facilities.

Its main campus is based in the Melbourne suburb of Bundoora and covers 267 hectares of parkland, complete with waterways and a wildlife sanctuary, making it the largest metropolitan campus in Australia. There are two other campuses in Bendigo and the twin border cities of Albury-Wodonga.

There are two smaller regional campuses in Mildura and Shepparton and three campuses in central business districts: two in Melbourne on Franklin Street and Collins Street and one on Elizabeth Street in Sydney.

Over 36,000 students attend La Trobe University and it is one of Australia’s leading research universities, with particular strengths in microbiology, biochemistry, cell biology, veterinary sciences, historical studies, and archaeology. 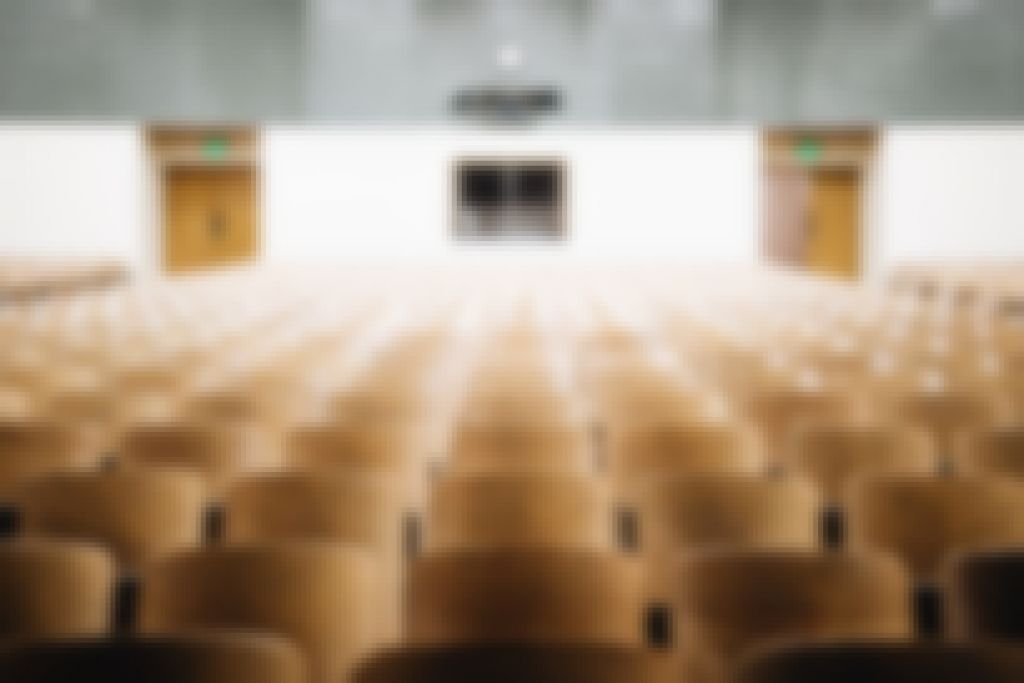 The Swinburne University of Technology is located in the suburb of Hawthorn, just 7km outside of the city center. The institution, ranked 481-490 in the world, is a public research center focused on technology and is home to over 60,000 students spread across its six campuses.

The university’s Prahran campus, where the faculty of design and the National Institute of Circus Arts is located, is renowned for its creative community in fields of arts and design. This suburb of Melbourne is both vibrant and metropolitan, boasting a popular shopping district and decent nightlife.

Read more about this topic at https://www.topuniversities.com/ 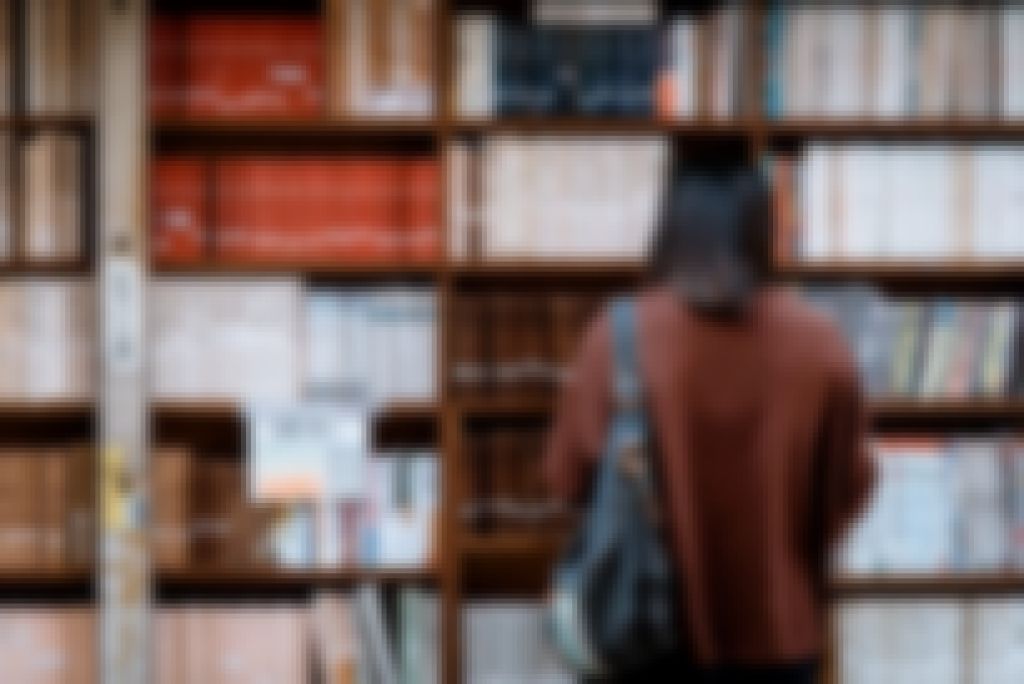 The Best Psychology Universities In Melbourne

Psychology is a profound and fascinating field of study that concerns itself with the science of the human mind – in particular, how we perceive and react to certain situations. With 1 in 5 Australian adults (that’s 4 million people!) suffering from some form of mental illness or stress, it’s never been more important to have highly trained, skilled psychologists in the workforce.

But where to study psychology in Australia? More specifically, if you’re looking to study in Melbourne, which universities carry the best reputation and can guarantee you the finest education in the country – even the world?

Here are our top picks for the best psychology universities in Melbourne: 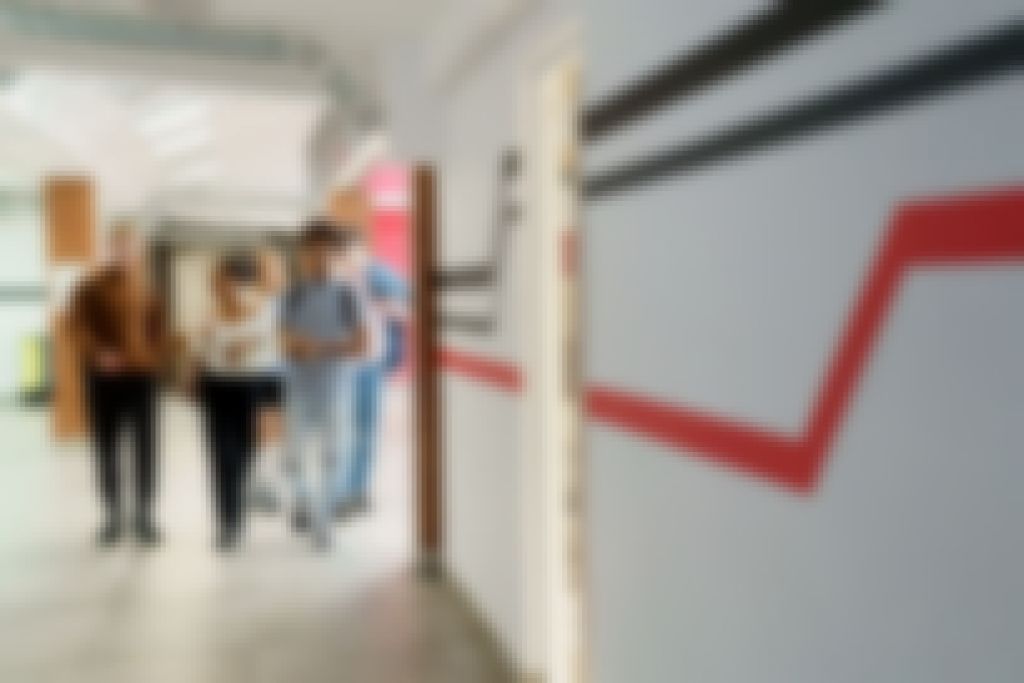 THE University Of Melbourne

Ranked #17 in the world and #1 in Australia for psychology, the University of Melbourne offers world-class education starting with a Bachelor of Psychology; with further study with a master’s degree, you will be well on your way to becoming an accredited psychologist.

With its high graduate employability, a near-flawless academic reputation, and ample opportunities for both local and international students, the University of Melbourne is easily the best psychology university in Melbourne.

There’s plenty on the curriculum when it comes to UniMelb’s psychology degrees. In general, you’ll learn about aspects of behavior such as human motivation and emotion, decision-making processes, and social interaction.

After progressing to honors and graduating with a master’s degree, you’ll become a qualified psychologist. 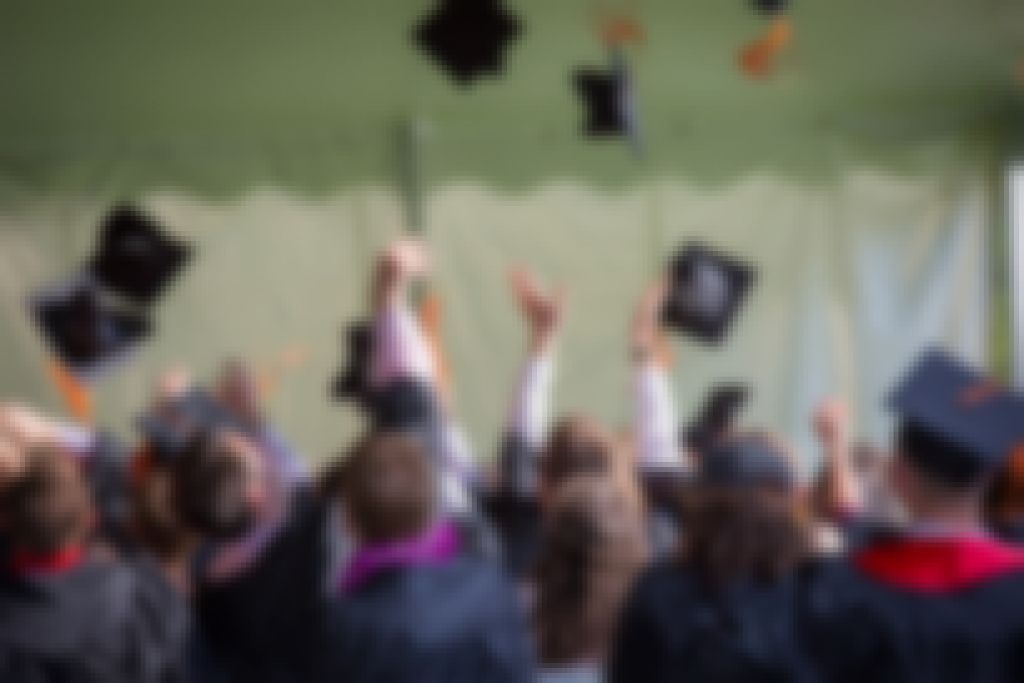 Among the world’s top 100 universities for psychology studies and ranked 7th in Australia for psychology students, Monash University will allow you to explore your understanding of human cognition and behavior starting with a Bachelor of Psychology.

With lectures led by researchers at the top of their field, one of the best psychology universities in Melbourne is certainly Monash, putting you at the forefront of new discoveries in cognitive neuroscience and clinical psychology. Core units are accredited by the Australian Psychology Accreditation Council (APAC).

At Monash University, you’ll develop a broad knowledge of psychology plus a deeper understanding of specific areas, including:

Monash University also gives you a chance to put your research and skills into practice with internship opportunities in a range of settings including clinical, community, and research. You can also choose to take part in supervised research projects, giving you first-hand experience as you learn.

Graduates from Monash University have gone on to work in recruitment, HR, public relations, child protection and youth work, and much more. With additional study, you can progress to a career in clinical or professional psychology. 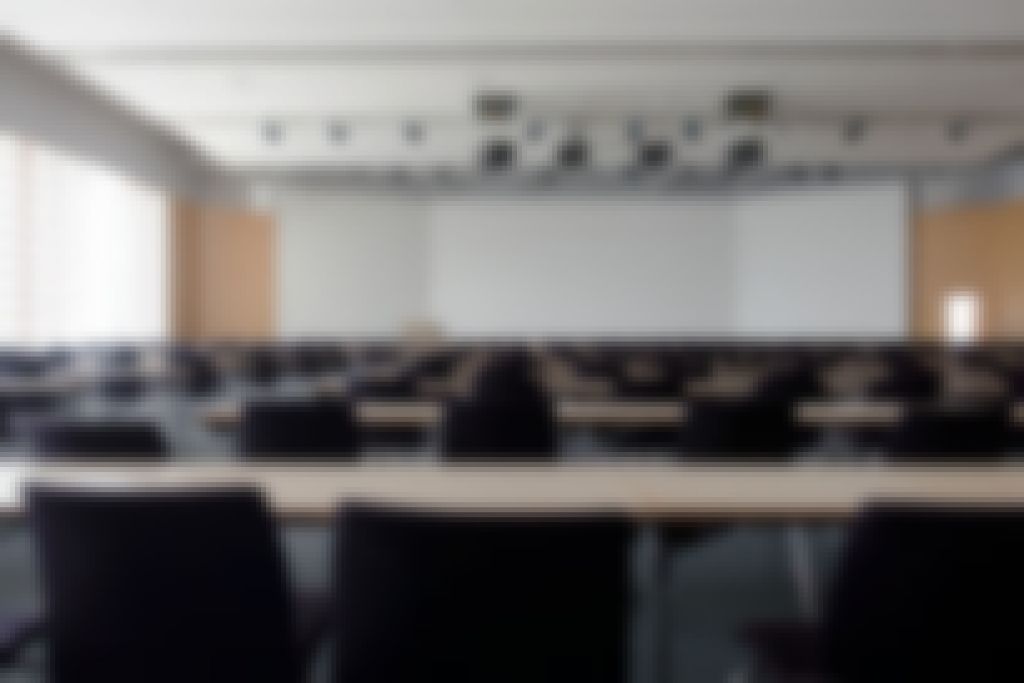 Don’t let the “technology” in this university’s name fool you: the Swinburne University of Technology is one of the best psychology universities in Melbourne. Like the other universities on our list, Swinburne’s program is APAC accredited, with the initial four years of studying laying the foundation for clinical practice in the field of psychology.

While studying psychological processes and human behavior, students at Swinburne are also exposed to extensive research projects to hone their practical skills and theoretical knowledge.
By the time of graduation, students will have the skills to further their careers in psychology, forensic behavioral science, community services, and much more.

Renowned for its teaching quality, Swinburne students also have access to the largest psychology clinic in Australia.

Available to students undertaking postgraduate studies in clinical psychology or counseling, the clinic allows students to gain valuable experience, training, and skills needed to work independently as a psychologist. Lastly, Swinburne has claimed the #1 spot in Victoria for graduate starting salary. 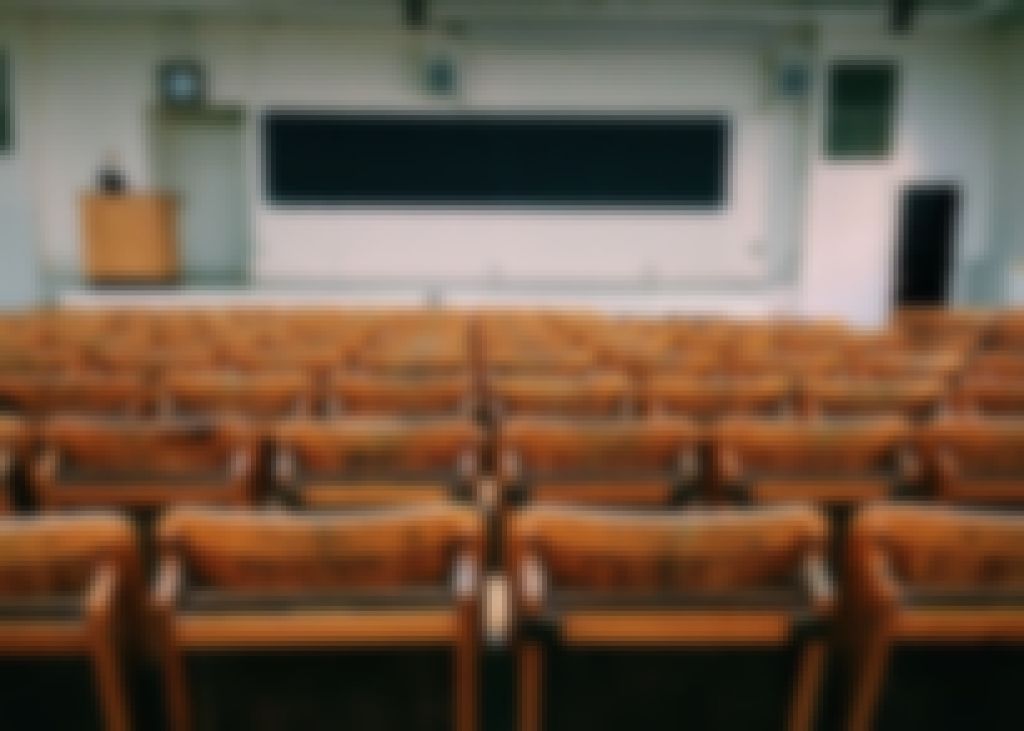 Another of the best psychology universities in Melbourne, La Trobe University’s courses focus on real-world skills – teamwork, oral presentation, computer, and data analysis, critical thinking, and much more – to lay the foundations for a career in psychology.

According to the 2021 Good Universities Guide, La Trobe’s postgrad psychology programs are ranked amongst the best in the country in terms of skill development, learner engagement, teaching quality, and overall educational experience. Core subjects and electives covered at La Trobe during psychology studies include:

Field placements are also offered for students to observe and engage in real work activities in a workplace environment. Placements are offered within offices such as child protection services, disability services, welfare services and health workforce planning.

We hope that this guide to the best psychology universities in Melbourne has been helpful for you! If you’re looking for more information on Melbourne, why not discover how much it costs to live in Melbourne as a student, or find out more about Melbourne student life.

Read more about this topic at https://www.unilodge.com.au/

Australia one of the worlds most sought after study abroad locations is opening its doors to international students who want to pursue either undergraduate, master or Ph.D. study in one of the best universities in the world.

The University of Melbourne is a leading research university located in Melbourne, Australia. Founded in 1853, it is the oldest university in Victoria and the second oldest in Australia.

Located at PARKVILLE VIC 3010, AUSTRALIA is part of the “sandstone universities” and “Group of Eight” which connotes prestige and academic excellence such as in the “Ivy Leagues” in America.

Its high global rankings show its excellence in education. The University of Melbourne is ranked 32nd globally by the Times Higher Education and 41st by QS World Rankings. In addition, its graduate employability ranking is 11th globally which shows the readiness of its students to work immediately after graduation. 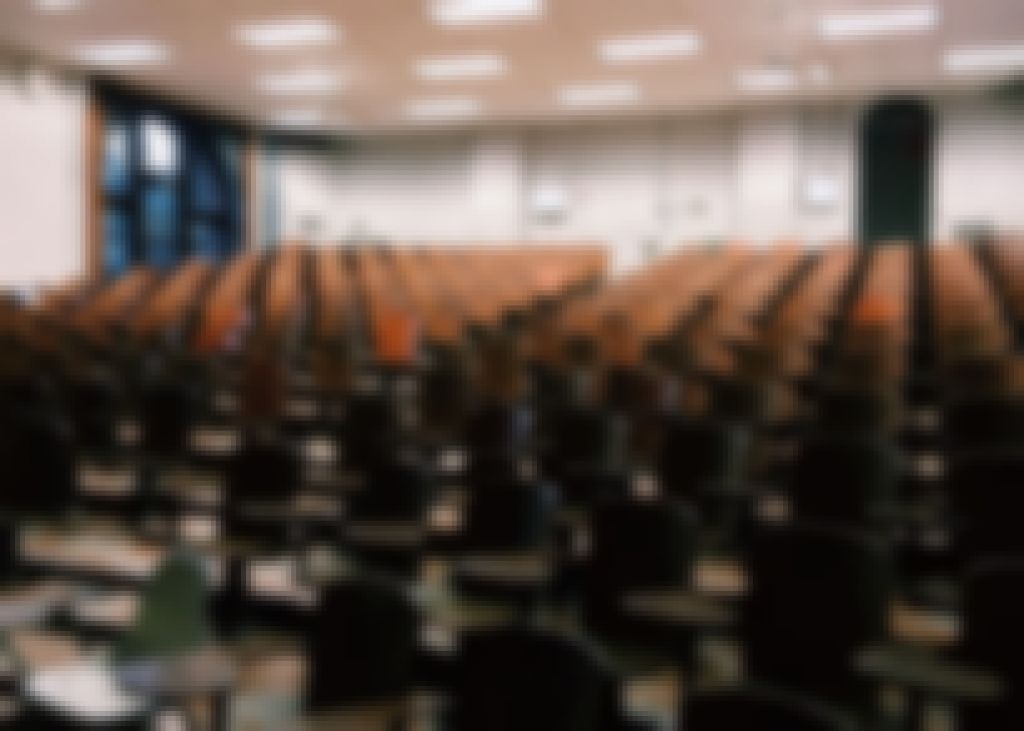 As a way to encourage bright students the university made available its University of Melbourne Scholarships. These scholarships are open to undergraduates, master’s, and Ph.D. students.

When you choose to study at the University of Melbourne, you may need to know that Scholarships are part of the plan for paying for college, but not the entire plan.

Most students will need to rely on a combination of different types of financial aid from a variety of sources, including grants, student employment and student loans from the federal and state governments, not just private scholarships. In this part, of the article, I will be dishing out some of the Melbourne university scholarships for all levels.

But scholarships can help reduce the student’s debt and work burden, saving some money on college costs.

The International Undergraduate Scholarship is awarded to high achieving international students in recognition of their excellent academic results. This is to encourage more excellent work.

What Are The Benefits?

This scholarship provides either a:

Number of Recipients– Around 50 students per year

Application Procedure- After students have been accepted, those students will be automatically considered, and students do not need to submit a separate application form
Read more about this topic at https://worldscholarshipforum.com/

Which is the cheapest university in Melbourne?

Is it hard to get into Melbourne University?

Admission to University of Melbourne courses is moderately difficult with an acceptance rate of around 70% to 80%. Entry criteria for each program are different and the difficulty level depends upon its competitiveness among students.

Is University of Melbourne expensive?

For example the University of Melbourne lists prices for 2019 ranging from AU$19,008 per year for Master of Psychiatry, up to AU$57,088 for a Doctor of Veterinary Medicine. Some graduate programs also offer Commonwealth-assisted places, so check with the institution.