BJJ requires you to become adept at using many highly specialised movements that you hardly ever use for the rest of your life. The more smooth and intuitive these movements become then the better you'll be able to flow on the mats.

Drilling is the secret sauce when it comes to internalising unfamiliar motions, but it can be hard to get to the dojo as often as you would like or even to find a training partner willing to let you bang out rep after rep with them. You can check videos of some famous fighters like Adam Wardzinski Bjj. You can consider his videos as a form to train yourself.

Despite the current lack of martial arts, martial artists have plenty of ways to perfect their skills while stuck at home. There has never been a better time for BJJ students to perfect BJJ's fundamental movements than now. Under normal circumstances, most BJJ students stay busy practising fancy new techniques and keeping up with the latest BJJ trends. This is a big part of what makes attending BJJ class so fun. This is a common theme among most martial arts, as students who attend Muay Thai class, boxing class, and other martial arts classes enjoy perfecting flashy new techniques. Working on complicated techniques is an important part of BJJ and other martial arts, and it's one of the things that keeps practitioners coming back to BJJ class, boxing class, and Muay Thai class again and again. Unfortunately, however, BJJ's fundamental movements often fall to the wayside with so many exciting moves to work on.

There are certain times when you can't train Jiu-Jitsu in the gym. For example, it may be that you're on vacation, too busy to get to class, or the gym is not open every day. BJJ drills are a great way to practice some BJJ and get a workout in when you're in such a situation.

How to Practice BJJ Alone?

Many people ask this question because they don't have the option to train with a partner or there isn't a gym nearby. Aside from this, some people want to put in extra practice at home instead of at the gym.

Training alone is not ideal for many reasons. One of these is that without the input of a training partner, you won't get reactions. You won't get the input you need to see whether or not your techniques are getting better.

Another downside of training alone is that you don't get to live roll. To find out which technique works for you. You need to implement live situations into your training. 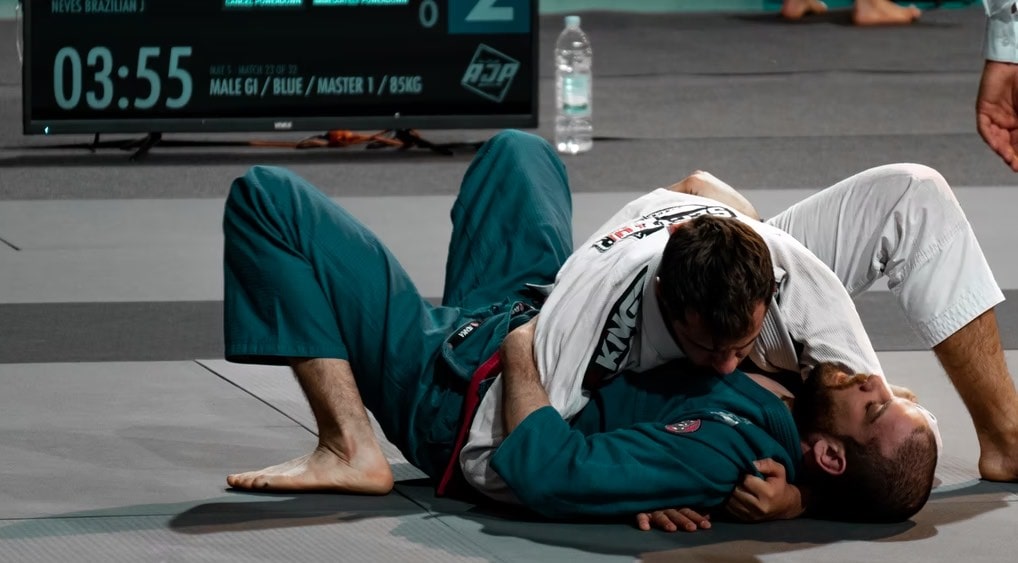 First of all, let's take a look at where you will train.

This is quite easy. The bigger the open space, the better and anywhere over 40 square feet is perfectly sufficient. So, you could choose a spot in your yard, or a spare room, a part of your lounge room, or perhaps your garage.

BBJ exercises and techniques that you can practice alone

Different BJJ techniques can be practised alone. To do this, though, you really need a solid base in Brazilian Jiu-Jitsu. Otherwise, you won't know if you are doing things the right way, and you could simply be wasting your time.

So, let's talk about grappling dummies. As we said before, some are better for certain types of training. However, if you are serious about practising BJJ alone, you may end up having multiple dummies to maximise the effectiveness of your home training.

Best BJJ drills you can do at home

There's no way you can do BJJ drills and not include a bridging motion. The bridge is the third member of the fundamental defensive BJJ movement triad, along with the hip escape and technical stand up.

Doing a BJJ bridge is easy, and yet, most people do it wrong for years. The motion itself is raising your hips as much as you can off the ground while rolling over one of your shoulders.

Arguably, the most efficient way of opening the closed guard is standing. Standing openings come in many shapes and sizes, yet I usually assign this standard opening for the mandatory BJJ drills in our academy. It has several steps but provides maximum bang for your buck.

For this drill, you start on your knees. One leg goes up in a lunge position while the other leg pivots on the knee so that you place your toes on the ground (as much to the side as possible).

Keeping your posture upright at all times, the goal is to get up into a sumo deadlift-like position by opening the leg's knee that's still on the ground. This is the safest way to stand up while on someone's closed guard. It is also a great drill to add to your workout routine.

One more wrestling classic and a drill everyone in grappling should do. In wrestling, the sit-out helps get people off your back while allowing you to recover positions. In BJJ, it helps in many situations, from escaping the turtle to dealing with front headlocks.

For the sit-out drill, start on all fours. The drill starts when you lift one arm in the air, making space for the opposite side leg to slide through the spot where the arm was. Then, the goal is to extend the leg as far as possible, raising your hips and pulling the arm that's off the ground backward. From there, you return to all fours and repeat on the other side.

Despite what you may think, break falls are not just there so that new students can learn to tumble. They have their use in Jiu-Jitsu and are crucial as BJJ drills. Moreover, you can make them more fun and challenging by introducing a balance exercise to go with the break falls themselves.

From standing, you first squat down as low as you can, curve yourself in a ball, and then put your butt to the ground, allowing your body to follow the curve of your spine.

Your head should not touch the floor, and your arms go to the side at a 45-degree angle in order to dissipate the force of the fall. When coming back up, rock yourself like in the rocking chair motion, but stand up in a pistol squat, rather than just a regular squat. That will get your blood pumping!

Sprawling is one of the things BJJ folks take for granted and learn wrong from the get-go. Luckily it is an easy enough motion to re-learn. But why not be smart about sprawls and learn how to do them correctly from the start?

For this BJJ drill, remember that your hips need to go back. It is not a burpee where you squat down. Instead, imagine someone trying to double leg you, and you have to throw your hips backward to fend off the takedown.

The part most people get wrong is sprawling with two legs parallel. Instead, turn your hips so that one leg is heavier than the other. This is how wrestlers sprawl to make themselves really heavy. Moreover, if you alternate, you get to train both sides when doing sprawling BJJ drills!

The Granby roll is a wrestling technique used in BJJ to escape inferior positions and defend against attacks. The Granby roll is a particularly effective method of escaping the turtle position. Adding a strong Granby roll to your turtle game can make your defence nearly impenetrable. Once mastered, the movie is relatively easy to perform. However, it takes some practice to perfect, leading many people to avoid the move altogether. In addition, lots of BJJ students believe that the Granby roll requires an excessive amount of flexibility to perform. However, even students who lack great flexibility can incorporate the Granby roll into their BJJ repertoires when performed correctly. The key to a good Granby roll isn't flexibility but good mechanics. Remember, when performing this movement, you must avoid trying to roll on your neck or back of your head. 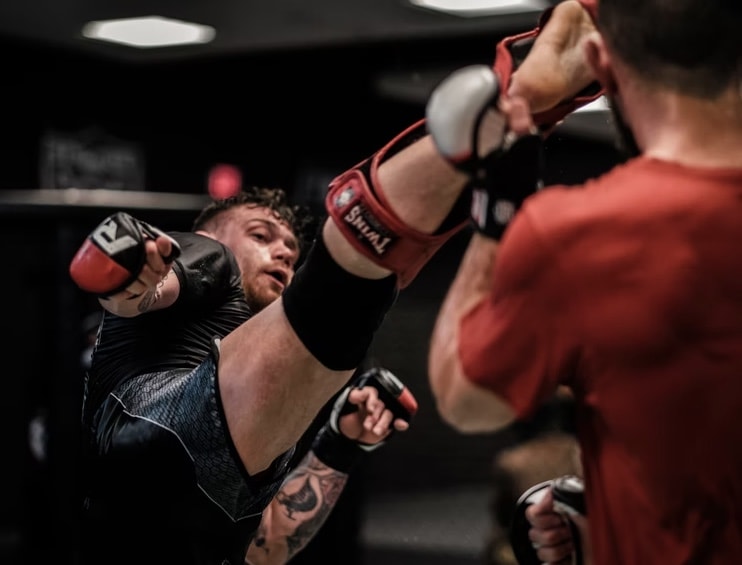 The drop spin (aka 'the People's Elbow') is a movement that I first learned from Marc Laimon.

It's yet another way to get behind your opponent's defences, and it's a particularly effective way to follow up on a successful guard pass.

This technique is MUCH easier to learn if you can drill it a few times by yourself, in peace, on a heavy bag. But once you master it, you'll start being able to take the back much easier!

Watching BJJ YouTube videos is great until you overload yourself with information, consequently evaporating 95% of what you thought you had learnt. If you don't have the opportunity to put to practice what you have learnt, your brain is a lot less likely to retain the information. However, personally, I think that even if your brain didn't absorb 95% of the information, it did absorb 5% – and 5% is better than zero!

So many highly regarded BJJ practitioners are giving out free instructionals during this testing time, so it would be rude not to take advantage of that! There is also a mass amount of content available on YouTube regarding all things BJJ, plus some really interesting techniques and drills.

Is it possible to practice BJJ alone?

BJJ requires you to become adept at using many highly specialised movements that you hardly ever use for the rest of your life. Fortunately, there are BJJ solo drills to help fill the void. Being able to drill at least some of these movements yourself at home or at the dojo before class definitely helps you.

Do you need a cup for BJJ?

Wearing a cup during jiu-jitsu competitions is illegal. This is principal because that bit of hard plastic can cause some serious damage to a person's elbow or spinal column with enough applied pressure. So if you can't wear it during a competition, why wear it when you're training for a competition?

Can you learn BJJ online?

Several websites offer videos with BJJ techniques and concepts. There is also a new open-source online learning BJJ website called WatchBJJ.com, which is 100% free and provides all the best technique videos from the masters intelligently categorised by positions.

You can practice aspects of BJJ alone, even if you don't have a partner. Well, it doesn't mean you can't improve. There are loads of activities that you can practice alone as well as videos that you can watch to help your training. For example, try strength training, stretching, and flow rolling, or one of the other sports I mentioned above. You can even learn from reading books on Jiu-Jitsu.

To apply what you learned, you will, of course, need a partner to train with. In that way, you will know that you have got certain aspects such as timing and pressure. Once you can train well with a partner, you will also train more effectively alone.