While we can agree that a night out isn't exactly wallet-friendly, you might be surprised to find that the amount Aussies spend varies by each state. According to a HomeToGo 2018 report on the best cities for nightlife worldwide, a night out in Sydney can set you back $54.52 while Melbourne will cost you $52.12. Melbourne is followed by Adelaide, which is $42.78, while Brisbane will cost you $42.23 and Perth $39.55. However, a more recent study by investment bank UBS found Sydney was the sixth most expensive city in the world to spend a night out in. Based on the cost of club entry fees, two cocktails, a taxi ride and one Big Mac, it costs $86.70 to go out in Sydney.

A night on the town can be pretty costly — but the amount you spend varies considerably depending on which Australian state and suburb you live in. In the following infographic from the online bar tab, Clipp ranks each major city based on the average price for two. Surprisingly, Sydney didn't come out on top. Clipp based its ranking on the average total price for a glass of house wine, a schooner of Carlton Draught, a burger and a small pizza in January and February from more than 650 pubs and restaurants around Australia. Here are the results: As you can see, the most expensive city in Australia to enjoy a casual meal out is Melbourne, while Adelaide is the cheapest.

The price difference between these two cities is a not-insignificant $10.50 — or $546 over a year of weekly outings. Surprisingly, Sydney was the second-cheapest overall, with an average of $51.60. (We can only assume Clipp collected its data from a lot of dives on the city's fringes.) However, when ranked on the price of beer alone, Sydney was the most expensive, with an average price of $6.60. (Brisbane was the cheapest at $5.50.) Wine, meanwhile, is priciest in Brisbane, with an average by-the-glass price of $9. Burgers were most expensive in Melbourne at $23.50 and cheapest in Sydney at $19.

You'll also find rideshare and public transport options differ by each state. Based on information from The Cusp, here's a handy table that compares the price of catching an Uber five kilometres from each state's CBD.

*Prices are subject to change over time.

Sydney is the only Australian city listed in the top 100 most expensive cities. The Australian Bureau of Statistics (ABS) revealed that the full-time adult average weekly earnings in May 2020 were $1,771. The average event-goer spends $112 on a night out and goes out two nights a week.

Tips To Help You Save Money On A Night Out

According to Mozo, research shows that Aussies spend an upward of $30 billion on restaurant dinners, drinks at the bar, smokes, and gambling in just 12 months. That's a whole lot of money! So if you want to avoid the dreaded financial hangover after a big night out, check out some tips we've gathered to help you curb costs.

Bring Cash Instead Of Card

The tap-and-go culture is both a blessing and a curse. It makes purchasing super convenient, especially when all you have to do is tap your card or even hover your phone with Apple Pay. However, it also makes it easy to lose track of and forget how much you're spending when going out and hopping from one bar to another. We recommend setting a budget before you go out, bringing with you a certain amount of cash and leaving the card home to help curb your spending. If you run out of cash, then it's a pretty good sign to stop the drinks!

Eat And Drink Before You Go Out

Avoid forking out money on overpriced drinks and food by eating and drinking at home before you leave. Then, if you find yourself still hungry when you're out, see if you can split a meal with a friend or buy an appetiser.

No matter how fancy that cocktail might look, those drinks end up being a super-easy way to lose money. In addition, most drinks at bars and nightclubs are heavily marked up, so opt for cheaper alcohol such as beer or a vodka mix.

If you plan on drinking on a night out, make sure you figure out how you'll get home. If it's a safe option and you feel comfortable, public transport is the cheapest way to get home. Otherwise, find out if one of your friends doesn't want to drink and is willing to be the designated driver. If you still want to get rideshare, consider opting for Uber Pool instead of Uber, where you can split costs with other passengers.

Do you find yourself always shouting the first round of drinks? It might be best to stop this practice (as generous as it is!) or let someone else buy the first round. While it can save time waiting at the bar, buying a round will easily drain your bank account. Whether it's your friends forgetting to pay you back or not getting the next set of rounds, it can be hard to keep track of who owes what, so it's best to stick with buying your drink.

Stock Up On Late-Night (And Hangover) Snacks

I think it's fair to say it's a rite of passage to either do a Maccas run or grab a kebab before you head off home after a night out, but this will eat up your bank account. So try to avoid forking out another $10-$30 by instead stocking up on midnight snacks at home, whether it's frozen pizza, leftover pasta, or toasties. Your bank account (and future self) will thank you.

Remember, it's never too late to start saving money and take charge of your finances. If you want more helpful insights and tips on managing your money, check out some of our other articles. From how to consolidate your super to making money transfers, there's plenty of information to help kickstart your finance journey!

How Much Does It Cost To Set Up A Nightclub?

If you are going to start a new club, the costs vary widely depending on where it is. A modest neighbourhood club could be around $100,000 for the fixtures, supplies, and equipment needed to get started. Other clubs, like the biggest ones in New York, cost tens of millions of dollars to open.

How Much Do Nightclubs In Australia Make?

A 2018 report reveals that the Australian nightclub industry brings in annual revenue of $1 billion.

How Can I Open A Bar With No Money?

What Nightclub Makes The Most Money?

FAQs About The Nightclubs Cost

Bring at least one trusted friend, a.k.a. your buddy, for the night!

This is important, especially if it's your first time clubbing. After all, the two of you will be watching each other's back throughout the night; but of course, it's also a given that you should watch out for yourself. Do also inform another person (who is not going clubbing with you) about your whereabouts for the night.

A "guest list" is a special promotion that clubs usually offer, and it often provides benefits to those who have signed up for it — it can be for free entry (in most cases), discounts, or even free drinks. This is usually separate from general admission, and though it does NOT guarantee entry, it can already grant you skip-the-line privileges.

How to find these guest lists? Apart from being connected with the right people or club promoters, a simple Google or social media search can lead you to a club's guest list. You can also call the club or your hotel concierge for details. Once you get to sign up for one, please be mindful of their requirements (e.g. the dress code, early arrival, etc.)

Reserve A Table — Or Not. Either Is Fine.

If you've got the money to spare if you love your feet, and if there are a lot of you in your girl gang, then yes, get one (sometimes, a club offers promo packages for big groups). But if there isn't a lot of you and you're just there to dance (especially since you've already done 'pre-drinks' — more on this later), then there's no need for a table. As the night goes on, you might meet new people who will invite you to their table! 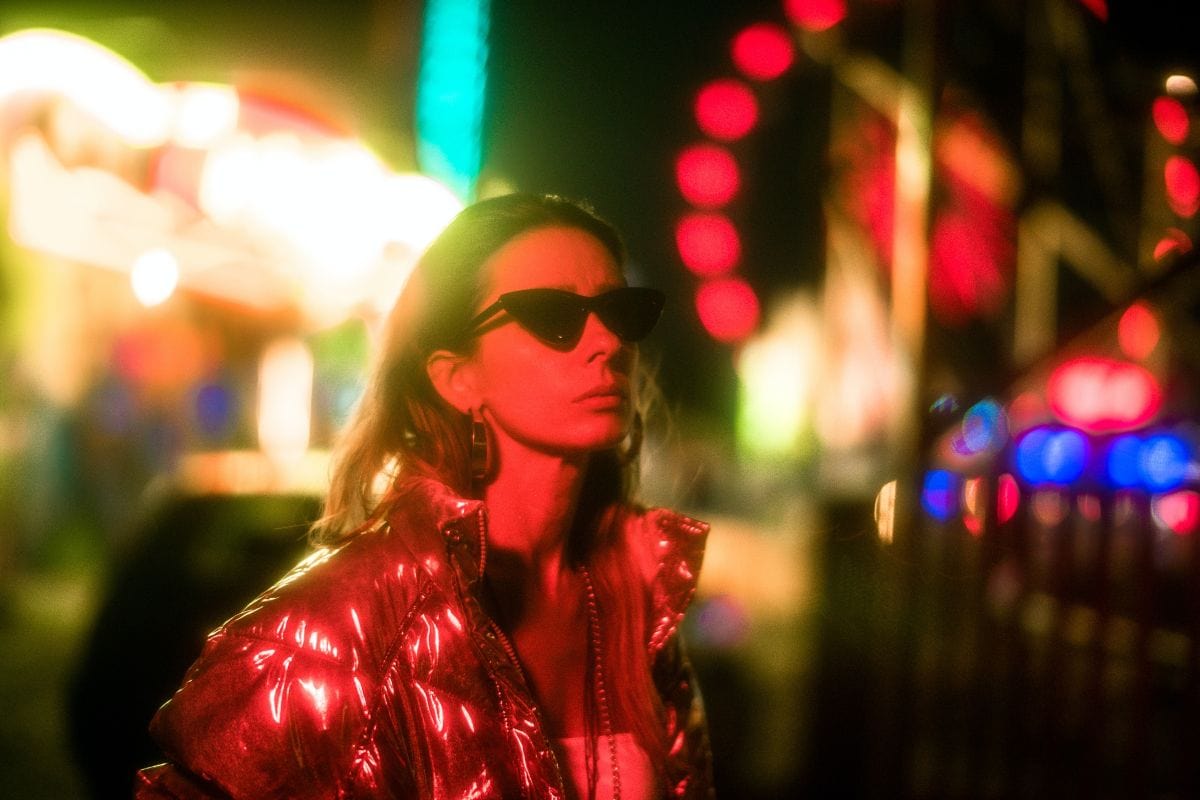 We're all so fashion-conscious with today's time, so I'm sure you know what you should wear and what you should not at a party. Though, if I may note, you might be tempted to wear those killer high heels to complete your outfit — but do also think about whether you can handle it after a night of full-on dancing. Some people would opt for flats, if not sneakers; however, take note of the club's dress code since if it's a high-end one, sneakers won't cut.

Most clubs will have a page on their website stating the dress code. Usually, the number 1 rule is for both males and females to NOT wear slippers, but hey, who the heck would even think of wearing such to a club? Our best bet is to wear a dress, paired with low heels or wedges, if not flats. Even better if it's a pair that you last longest with.

As the night goes on, you will most likely be sweating from dancing, and the nightclub will even be super packed! One of my top first time clubbing tips? If you can't go with a bare face, try to use waterproof makeup or any makeup that can last long.

Pack Only The Essentials.

Set A Regroup Time And Location.

As early as now, set a time and location for you and your friend(s) to regroup when it's time to leave the club. Besides, there is a high chance that you will lose each other amidst the crowd of people, and calling one another might prove to be futile because of how loud the scene can be.

Try to establish a certain signal that you and your friend(s) can use as a sign to say, for instance, that you need help getting away from a guy while dancing so that they can swoop in and rescue you, etc.

Also known as pre-drinking or preloading, this is the act of drinking before going out. This is highly advised, especially if you don't want to spend money on expensive club drinks — but of course, this doesn't mean that you should already go all out and get wasted. If you want to drink for the night, drink only a few glasses (or a glass if you're a lightweight).  Just enough to get you a tiny bit tipsy.

Do NOT drink on an empty stomach. It's said that the greasier your meal is, the better it will help you manage your liquor because it will line your stomach with fat, thus slowing down the rate of alcohol absorption. Sometimes, my friends and I listen to party music beforehand, so when we arrive at the nightclub, we're all so ready to storm in and get it on! This part, the anticipation for the partying, is half the fun!

On the other hand, if you ended the night on a bad note and you felt like you had a sh*tty time, then I'm sorry to hear that. Clubbing may not be for you, or maybe, you just weren't with the right crowd. But hey, if it sucked because there weren't any guys who paid much attention to you, then please let's roll back to what I said in the earlier part of this entry: do NOT expect. Don't go to a club anticipating that men will creep over you like wolves. If 'getting a guy' is your sole reason for going to clubs, then you've got it all wrong. So don't be afraid to try partying again, okay? It's better to enjoy it while we're still young and able to. Besides, as we age, the magic of clubbing will probably rub off (I mean, at this point in my life, it has already rubbed off on me!).