Alcohol is Australia's most widely used drug, but it can cause significant harm to people and society, especially when consumed at dangerous levels. Every Australian State and territory have laws governing the use and service of alcohol. These laws have consequences such as fines, imprisonment or disqualification from driving. In Melbourne, there are alcohol laws and consequences relating to:

You are breaking the law anywhere in Australia if you drink and drive with a blood alcohol concentration over 0.05. The Alcohol and Drug Foundation has more information about blood alcohol levels and alcohol affects you.

Melbourne's Laws For Drinking In A Public Place

Under Victoria's Summary Offences Act 1966, there are a few ways you can get in trouble with the law while drinking in a public place.

Drunk In A Public Place

If you're drunk in a public place, there are three offences you can be arrested and charged with under the Act.

If you're convicted of one of these offences, you'll incur a penalty:

Under the Liquor Control Reform Act 1998, certain areas shown to have a greater tendency for alcohol-related violence and antisocial behaviour can be classified as 'designated areas. The Victorian Commission makes such a determination for Gambling and Liquor Regulation (VCGLR) in consultation with the Chief Commissioner of Police.

Once a place has been classified as a designated area, Victoria Police has the power to ban people from that area for up to 72 hours, or up to 12 months for repeat offenders (for offences including drunkenness, physical assault, destroying or damaging property and failure to leave licensed premises).

The legal drinking age in Victoria is 18. However, if you're under 18, there are several ways you can get in trouble with the law if you buy or drink alcohol.

If you are under 18, you are not allowed to be in a licensed place (such as a bar or pub)where alcohol is served unless one or more of the following applies:

You, the person serving you and the owner of the licensed place, can be fined if you're caught and do not satisfy one or more of the above categories. For example, a liquor licensee can be fined up to $19,343 for selling alcohol to a minor.

Can You Drink On The Streets In Australia?

Some local government by-laws prohibit alcohol consumption on designated streets, parks, and other areas within their jurisdictions. Consumption of alcohol on public transport property and vehicles is not allowed. Persons under 18 years cannot drink alcohol on licensed premises under any circumstances.

Can You Get In Trouble For Being Around Alcohol But Not Drinking?

When Being at a Party is Enough, this means that if your child is holding an alcoholic beverage when the police arrive, even if they aren't drinking it, police may arrest your child. Police can also make such arrests when a minor is holding something that only appears to be alcohol.

Can You Drink Alcohol On The Beach In Australia?

Under Western Australian alcohol laws, it is an offence for persons of any age to drink in public, such as on the street, park or beach. However, this does not stop you from enjoying a picnic in a park or on a beach where council by-laws permit.

FAQs About Drinking Alcohol In Public Is Allowed

You may be asked for proof of age in a licensed place. People selling alcohol in licensed places can be fined if they serve alcohol to someone under the legal drinking age. It's an offence to give a false name and address or to refuse to show proof of age, and you can be fined. Your driver's licence is the best proof of age, but if you don't yet have it, you can get a proof of age card recognised across Australia. Application forms are available at some VicRoads, Australia Post offices, and the Victorian Commission for Gambling and Liquor Regulation. 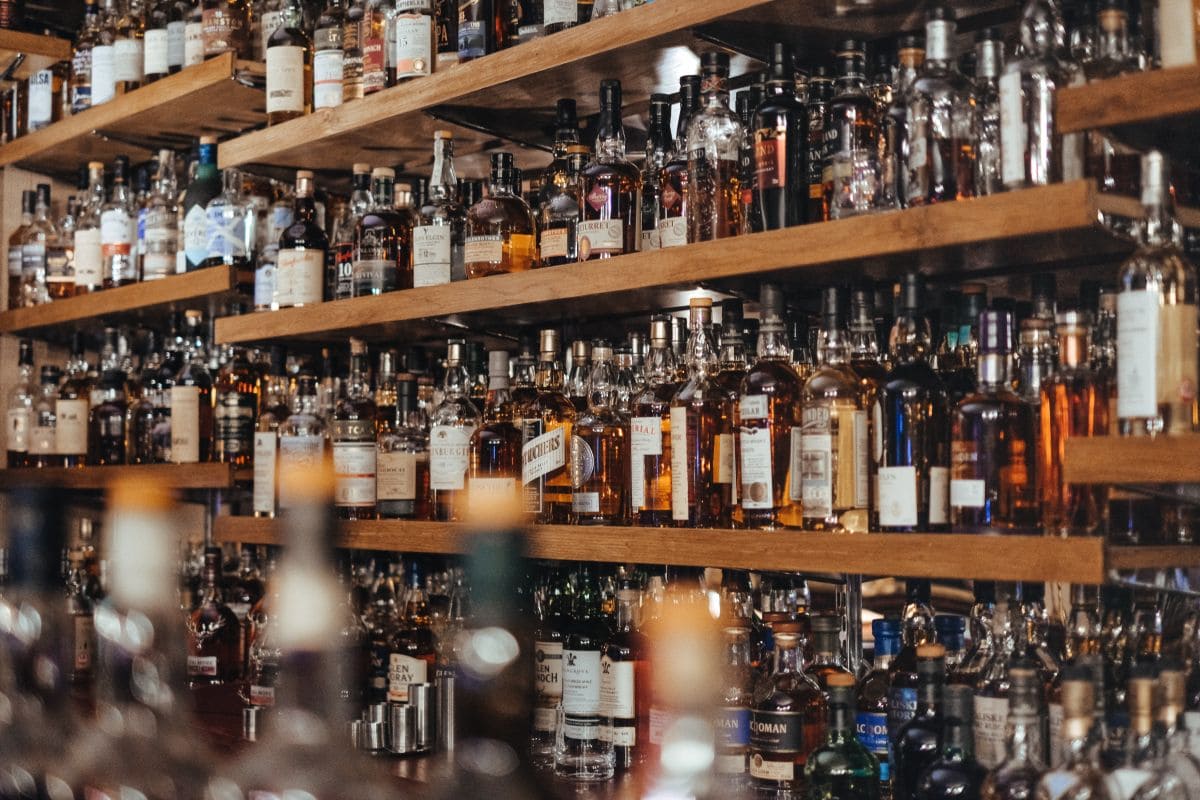 Parents or guardians can provide alcohol to their children under 18 in their private homes. It is illegal for a person to provide alcohol to someone under 18 without permission from their parent or guardian in someone else's home. Adults who do so face fines of up to $19,343. It's advisable for anyone organising parties for young people under 18 to get written permission from their parents or guardians. This also applies to social visits. The Liquor Control Reform Act requires adults supplying alcohol to anyone under 18 in their home to demonstrate responsible supervision of the supply of liquor. Factors considered when determining whether responsible supervision has been demonstrated include:

Alcohol has some serious health risks for teenagers and contributes to all the leading causes of death for young people. Penalties are in place to help to minimise risks for anyone under 18.

The maximum penalty is 60 penalty units for any adult who:

An employee who serves alcohol to under 18 can be fined up to 10 penalty units. Five penalty units are the maximum penalty for a person under 18 who buys or drinks alcohol or is found on licensed premises when they are not authorised to be there.

In Victoria, the Liquor Control Reform Act 1998 controls the sale and supply of alcohol, and one of its objectives is to minimise alcohol-related harm. The VCGLR administers Victoria's liquor licensing laws. It's an independent statutory authority responsible for:

Melbourne Laws For Drinking And Driving

The legal blood alcohol concentration (BAC) limit for fully licensed drivers in Victoria, and all other states and territories, is 0.05.  A zero BAC is required for:

If you are convicted of drink driving, you may face severe penalties, such as:

If you lose your licence or learner permit due to drink driving, you must install a VicRoads approved alcohol interlock to any vehicle you drive. This is a requirement to have your licence or permit reissued. It is also an offence to drink alcohol while driving a car or while sitting beside someone who is learning to drive, even if no alcohol is detected in the driver's blood or breath. Significant penalties apply in Victoria to drivers who are caught driving with a combination of illicit drugs in their system and blood or BAC reading over the legal limit.

The Risks Of Drinking Alcohol

Many people consider alcohol part of the Australian culture and way of life. But drinking doesn't always equate to a good time. There are harms associated with drinking too much both on a single occasion and over a lifetime. These can be serious and even life-threatening.

Consequences Of Drinking Too Much On A Single Occasion

Statistics show that the serious consequences caused by drinking too much on a single occasion generally fall into three categories:

National guidelines recommend that you have no more than four standard drinks on any one day to reduce your risk of harm from alcohol-related disease or injury. In addition, there are three guidelines to reduce health risks from drinking alcohol. If four or more standard drinks put you at risk of injury, it makes sense that it may also put you and the people around you at risk of legal and social consequences.

The effects of alcohol vary depending on many factors, including:

Consequences Of Drinking Too Much Over A Lifetime

The same health/safety, legal and social harms associated with drinking too much on a single occasion apply to lifetime drinking. But as well as these harms, drinking more than recommended in the national guidelines on an ongoing basis increases the risk of many diseases and adverse effects that reduce the quality of life and cause premature death. Alcohol-related health issues include: 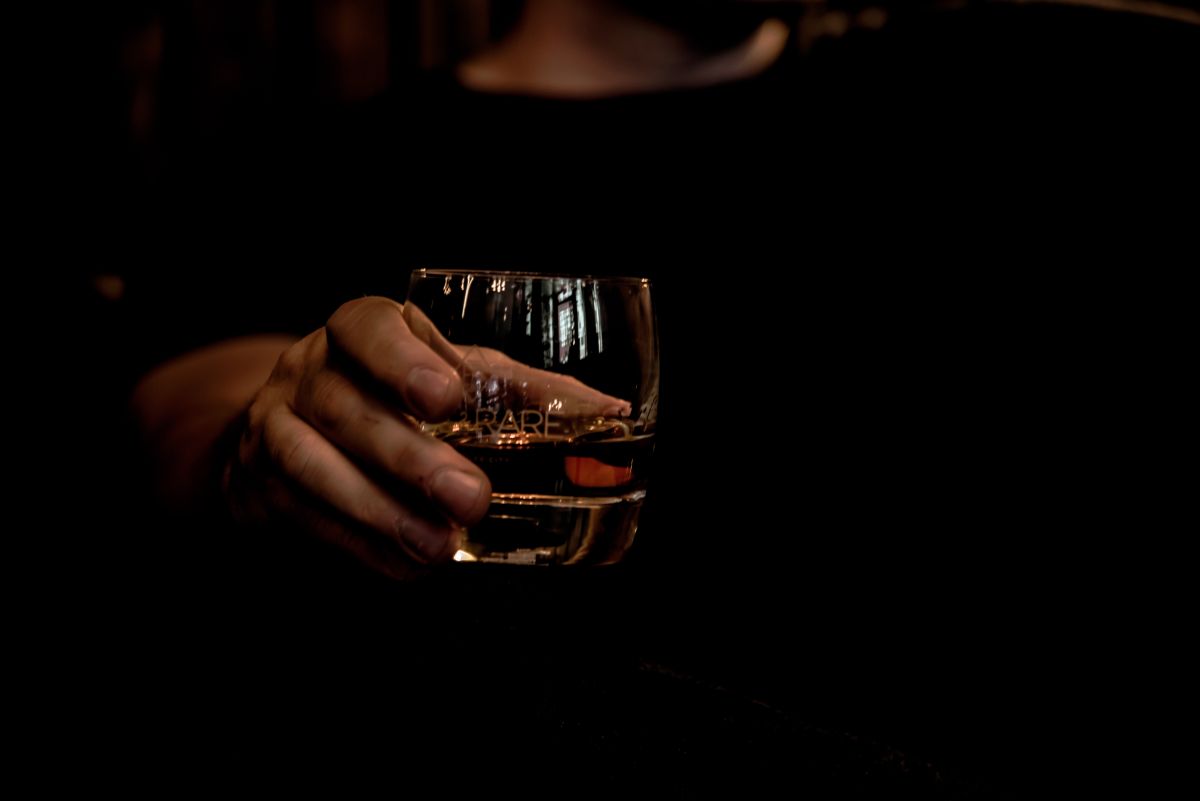 Tolerance means a person requires more alcohol to achieve the same effect they used to get with smaller quantities because the brain compensates for the sedating effects of alcohol. The liver breaks it down more quickly. Despite this tolerance, the risk of long-term effects remain.

A person has alcohol dependence when its use has become central in their life. A lot of time is spent thinking about alcohol, obtaining it, using it and recovering from its effects. As a result, use is continued despite knowing that it is causing harm.

A common feature of dependence is that a person will experience withdrawal symptoms if they reduce or stop drinking due to increased excitability (irritability) of the brain. Typical alcohol withdrawal features last about five days and includes:

People who regularly drink alcohol at harmful levels have an increased risk of brain damage, including dementia.

Whilst alcohol consumption is a part of many people's social life. We encourage those who choose to drink to do so responsibly. Unfortunately, some people over-indulge and can become unruly and disruptive. This type of behaviour is unacceptable, as it may threaten the enjoyment and safety of others and may result in serious consequences.