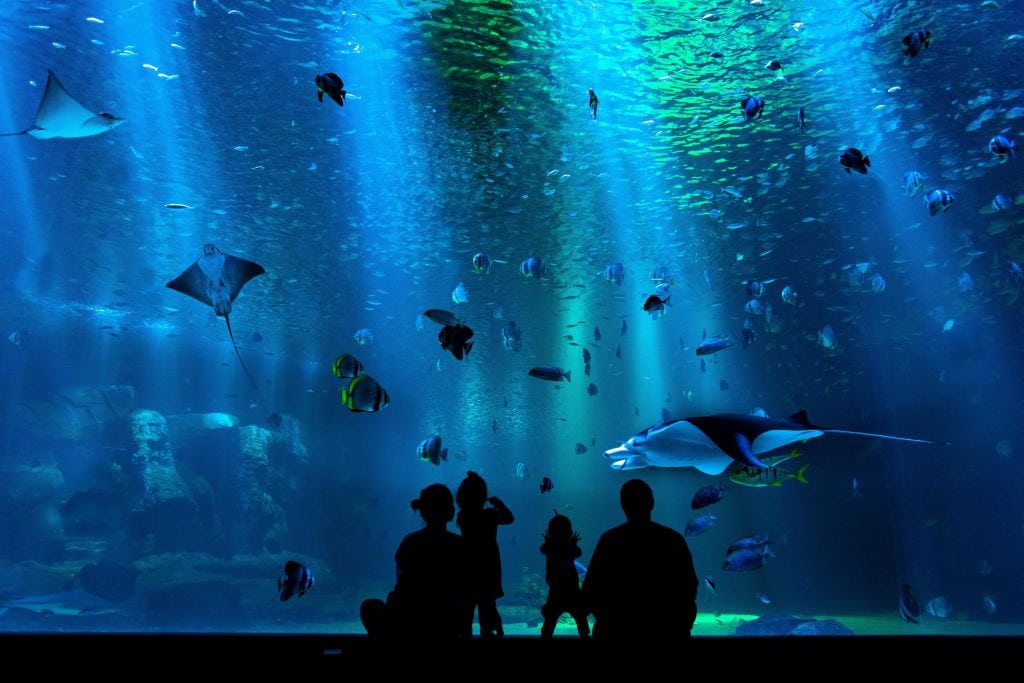 Get fishy at the Melbourne Aquarium

What is it?
Melbourne's aquarium lets you wind your way throughout the world’s aquatic ecosystems, from tropical reefs through to arctic waters.

Why go?
For one, you can gasp at the aquarium’s huge saltie, coo at the gentoo and king penguins, and be mesmerised by luminous jellyfish and sea dragons. You can even book out parts of the aquarium for parties or weddings.

Don't miss:
Spending some serious time in the shark tunnel. If there aren’t hoards of schoolchildren around, lie on your back and watch the majestic prehistoric giants drifting overhead.

Having undergone an extensive five-month, $8 million rehaul, Melbourne Aquarium was reborn as Sea Life in September 2013. Over three levels there are 12 new themed zones of discovery (each with its own soundtrack!), and kids can get their passport stamped at each station.

Time Out got a guided tour, taking in the Mermaid Garden, Seahorse Pier (home to Australia’s largest seahorse population), Rainforest Adventure, the Coral Caves and, of course, the state-of-the-art Croc Lair. The latter is now home to 50-year-old, five-meter croc Pinjarra, who the team had a great time getting down from Rockhampton in Queensland, where he was terrorizing the other crocs on a Crocodile Farm.

Other moments that elicited oohs and ahhs were the Elephant Sharks in the Bay of Rays (any creature that makes us laugh by sheer appearance alone is okay by us); the King and Gentoo Penguins, who were embroiled in a nesting season soap opera we could have watched for hours; Mr. G the 200lb Giant Queensland Groper (the divers here call him “sir”); the rock pools in which you’re welcome to get your hands wet, and the Archer Fish, for which you are encouraged to dangle flies on a fishing line, which in turn makes the fish spit spectacularly.

Of course, all the old favorites like the jellyfish, and the stingrays flying over your head as you pass through tunnels are still intact. They come when the staff ring a bell, you know. It means they’re going to get fed.

There are daily feeding times and presentations, kids’ birthday party packages and even the chance to dive face-to-face with the leviathans themselves!
Find out more at https://www.timeout.com/ 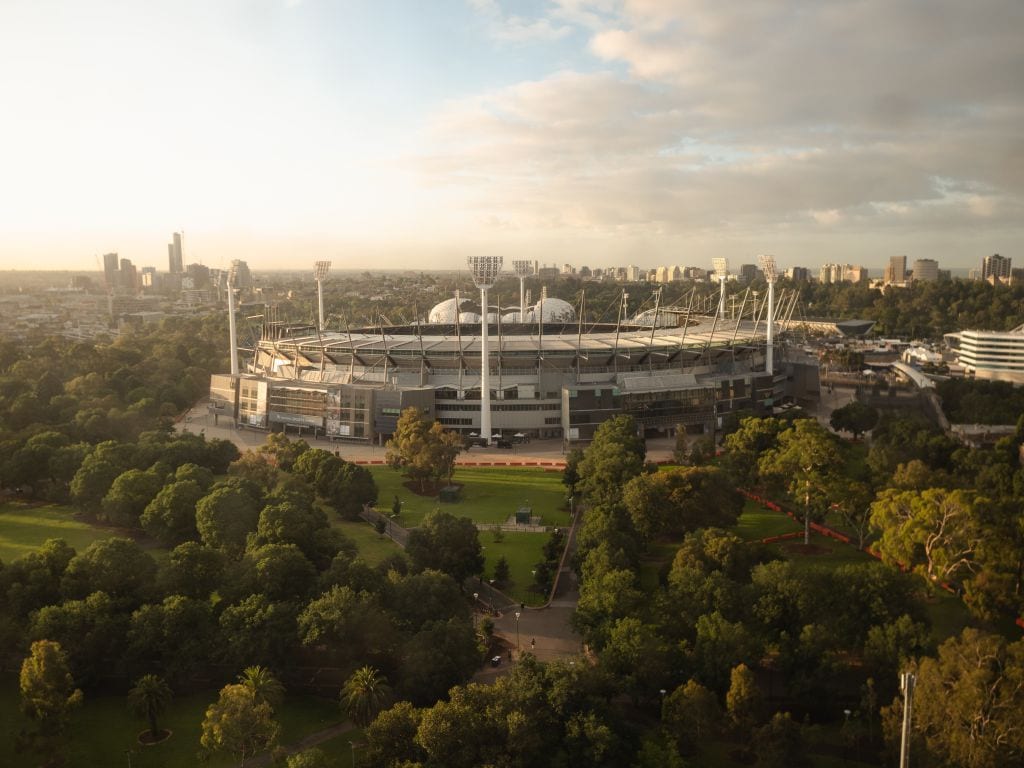 It does not matter whether you are a sports fan or not. For, this magnificent sporting venue of Australia – the Melbourne Cricket Ground would remind you of the sporting legends and the record-breaking history made in the field of cricket, rugby, football and others of the like!

Popularly known as the “G” by the locals, the venue has a century-long legacy for hosting some of the best cricket, Australia Rules Football and rugby matches ever! Right from being an integral part of the 1956 Olympic games, the cricket ground continues to be the hub for Victorian sport.  So, where is this stellar attraction of Melbourne that draws tourists and sports enthusiasts alike and it is one of the best tourist places to visit in Melbourne.

Located in Yarra Park, in Victoria, Melbourne, the Melbourne Cricket Ground or MCG is known for its imposing stature.  It’s whooping 100000-odd seating capacity comprises different seating banks such as Members Reserve, Ponsford Stand, Olympic Stand and the Grand 3-tiered Southern Stand. Adding to the iconic attractions of the ground are two huge electronic scoreboards, a gallery of sport and a host of media and corporate facilities.

So, it is wonderful to witness the fan-frenzy at the MCG during the cricket and football matches that are held almost 90 days a year. During the events, food kiosks serving a variety fare are set up on the premises for fans/spectators to grab quick bites, while watching their favorite sports star in action.

While the sports events draw crowds to the MCG, the sheer grandeur of the venue is an attraction for tourists, even otherwise.  Being a tourist hotspot, there are numerous stays – hotels, guesthouses, budget stays and sorts within the vicinity of the MCG.

In addition, the location of the venue in Melbourne’s CBD(Central business district) makes it readily accessible by various means of public transport. One cannot but be in awe at the grandeur of the MCG, which talks of a glorious past ever since it was established. 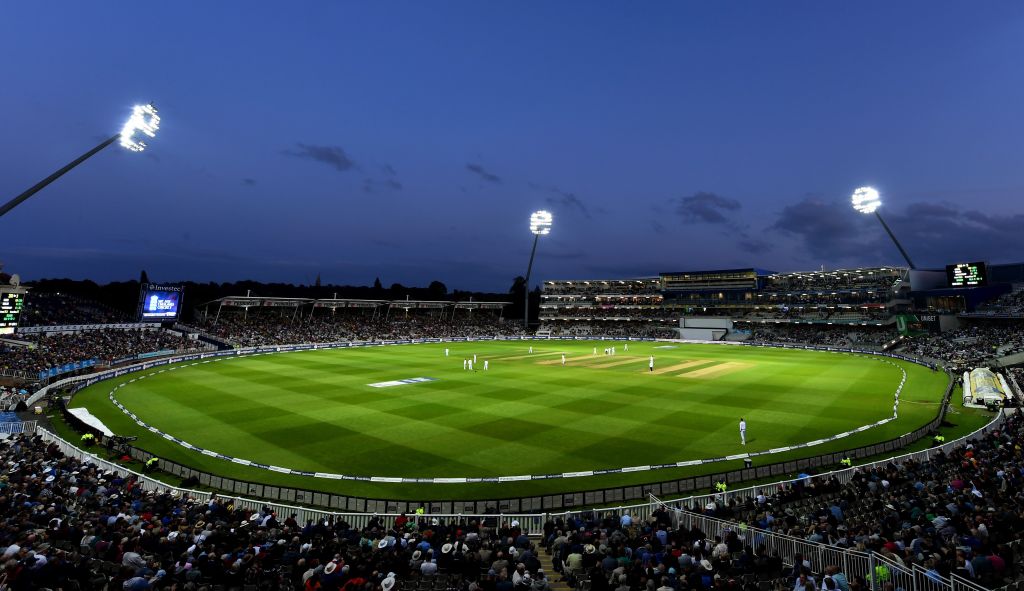 How to Reach Melbourne Cricket Ground

There are Metro, Shuttle,  Skybus, Yarra trams and taxi rides available to reach MCG from the airport.

When you are using public transport, the route you take is:

To explore something as spectacular as the MCG, you will want the weather to be on your side. And that you are not browbeaten by extreme climatic conditions. The ideal period to visit Melbourne is during autumn(March-May ) and Spring(September – November). This is the time when you can go on cycling trails or even explore the city on foot.

But if you choose to visit during the summer or winter season you can catch some of the major sporting events in Cricket or Football at the MCG. 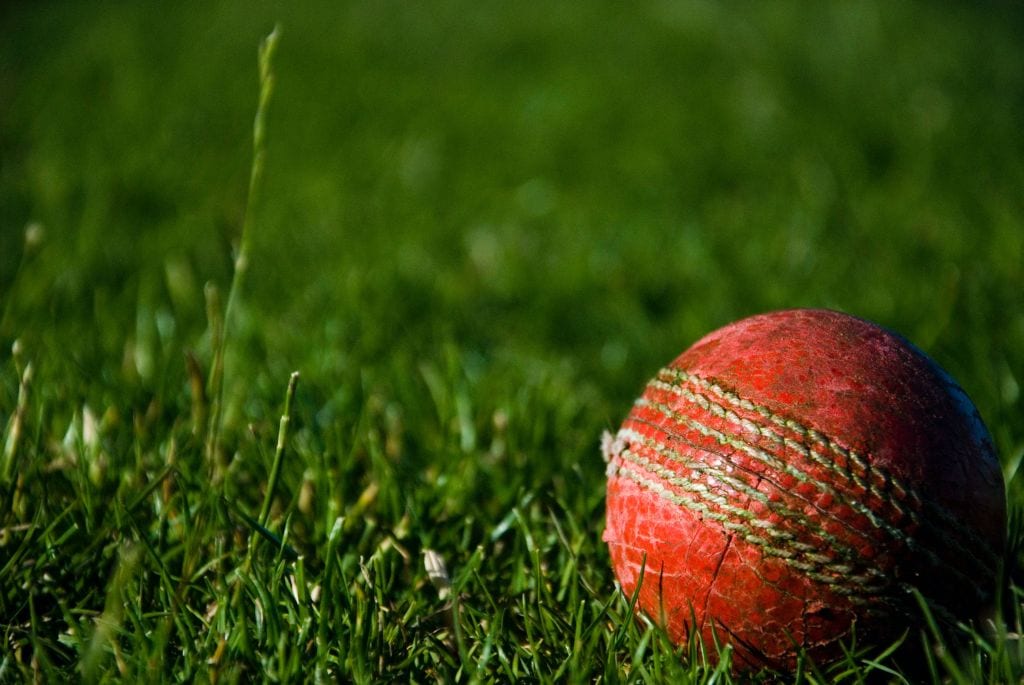 What Not to Miss at Melbourne Cricket Ground

A 5-minute walk from the MCG, this cobbled street would sway you with its street art. A riot of colours would welcome you here! While you soak in the artsy vibes of the place, you could swing by at the popular cocktail bar or indulge at the famous tapas bar.

For a panoramic view of Melbourne city, the hot air balloon rides are the best option. Though hot air ballooning centres don’t operate during matches or events at the MCG(in which case it’s only during dawn), they function full swing during all other times.

Spanning 36 hectares across Melbourne and Cranbourne with garden-beds, lakes, breathtaking landscapes, the Royal Botanic Gardens showcase rich biodiversity of rare and exotic plants. Whether you choose to tour the gardens or picnic in the vast greens, you will have the experience to remember!

Melbourne’s food hub, Degraves street offers you a palate of flavours with its wide range of cafes, bars and restaurants. It’s a great place to hang out with friends and family,  to taste the best local flavours of Melbourne!

The cultural hub of Melbourne thrives in Federation Square with its unique mix of modern and classic architecture buildings, alongside some of the major cultural attractions such as the National Gallery of Victoria and the Australian Centre for the moving image.

The above are but a few places that you can visit around Melbourne Cricket Ground. Being at the hub of Melbourne, there is more to discover around MCG. You could explore by taking a walk along the Yarra river or reaching up to the 88th floor of the  Eureka Skydeck 88 for a mesmerizing view of the city. 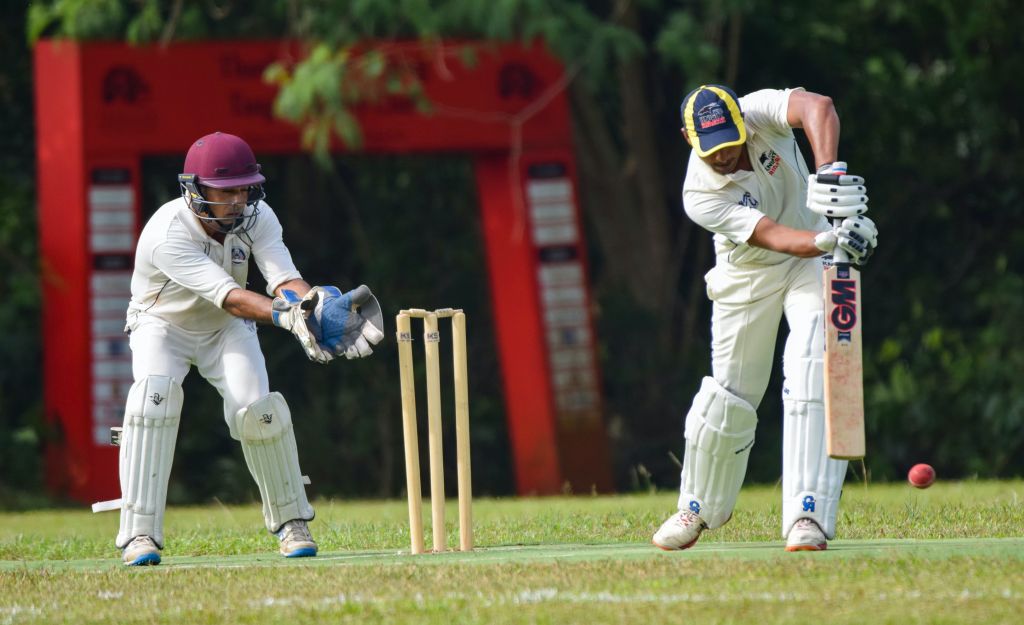 Things to do at Melbourne Cricket ground 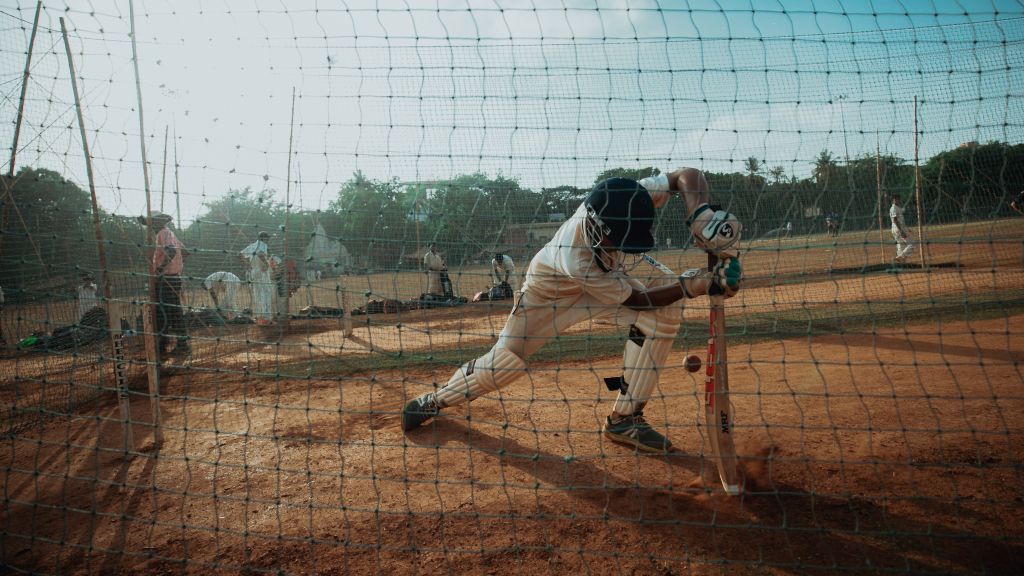 History of MCG – Reliving the past glory, time and again

As it stands tall today with some of the most amazing world records in sports, the story of MCG began in 1853, when it was first established. The sporting venue came into being within a decade of the founding of the city of Melbourne.

From having a 6000-odd seating capacity at the time of its construction to accommodating staggering 100000-odd spectators at present, MCG’s stature as a premier sports venue in Australia is something to reckon with.Apart from being home to the AFL(Australian Football League) rugby and cricket matches, the MCG was the centrepiece during the 1956 Olympic games and the 2006 Commonwealth Games.

The first official kick-off of a sporting event at the MCG was in 1854, when the first cricket match was played on its grounds. This was followed by a football match played by the Victoria Football league, during the 1870s.  Apart from cricket and football, the MCG has also hosted the State of Origin series , the rugby union, the FIFA World Cup qualifiers in 1997 and 2001.

These sporting events have pulled in crowds over and beyond the capacity of MCG, especially during the 1975 VFL Grand Final, with to the extent of 121696 spectators cramped for space! What adds a jewel to its crown is that the sporting facility has also played host to iconic celebrities like Pope John II in 1956, Queen Elizabeth in the 1980s, along with staging musical concerts by Madonna and Rolling Stones. As the past glory of MCG shines on, you have umpteen avenues to explore and discover in the biggest sports venue of Australia.
Find out more at https://www.thrillophilia.com/ 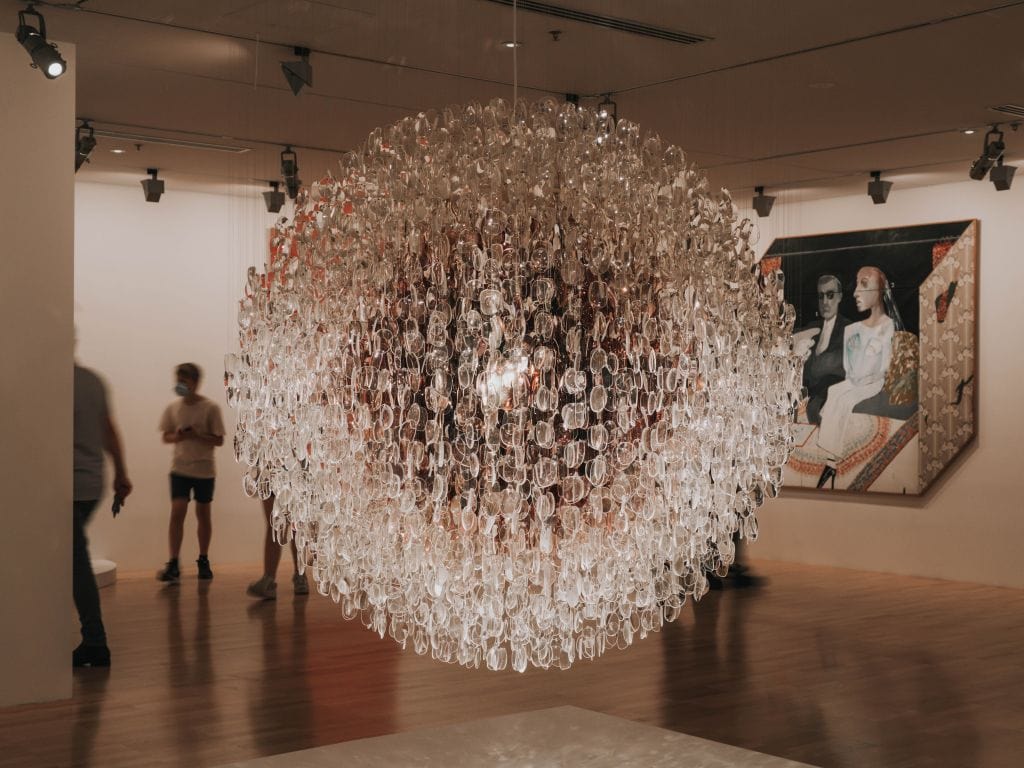 Sparkling High Tea at the National Gallery of Victoria

Accompany a stroll through the prestigious National Gallery of Victoria with an elegant high tea. Served in the Tea Room, savour a tantalising selection of sweet and savoury treats, beautifully presented on a three-tiered stand, and sip on a lovely glass of sparkling wine.

Lovers of fine food and art rejoice! Be seated for a delightful high tea at the National Gallery of Victoria, Australia's oldest and most visited gallery, and enjoy a modern twist on an age-old British tradition. Served in the Tea Room between 11am and 2pm, the menu features a range of gastronomic delights such as finger sandwiches, wagyu beef sausage rolls, baked fig cheesecake and freshly baked scones, all handmade by a team of pastry chefs. As you discuss art, styles, history and ideas, sip on a glass of sparkling wine and delve into their impressive list of T2 teas. 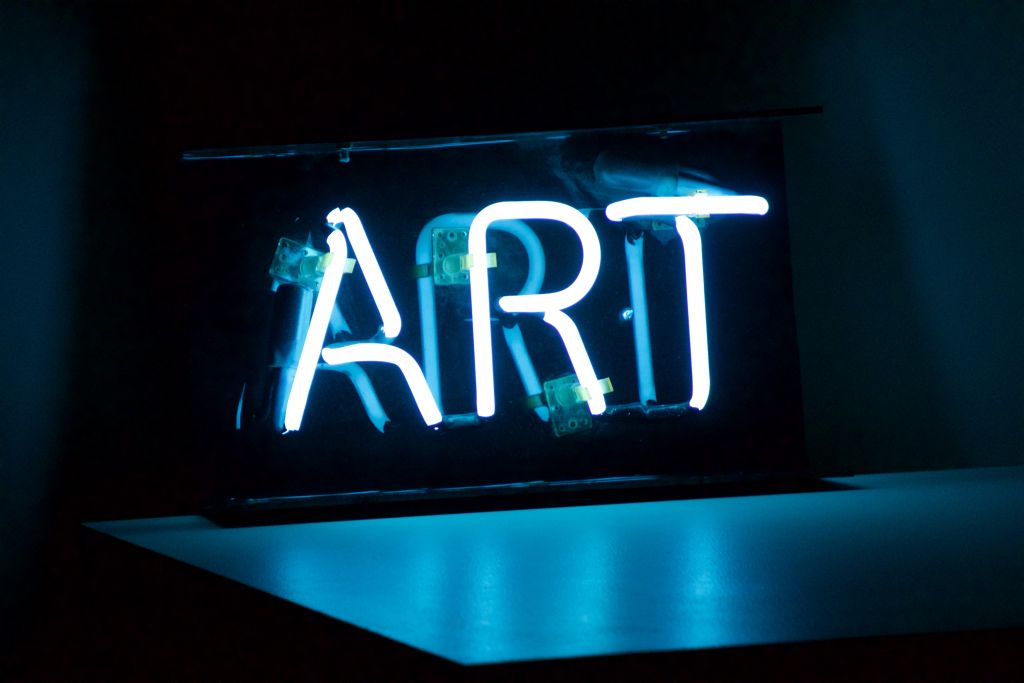 Picnic in the sculpture garden at Heide Museum of Modern Art

What is it?
Heide Museum of Modern Art is a torchbearer for Australian modernism but also champions contemporary Australian art – in the spirit of its founders John and Sunday Reed, patrons and collectors who fostered the local modernist movement in the 1930s and 1940s.

Why go?
Once you’ve completed your encounter with contemporary Australian artists inside the gallery, head out to Heide's green sculpture park, tip your hat to the corrugated iron cows and find a spot near the riverbank. In this blissful pastoral setting, you can almost sense the presence of members of the famous ‘Heide circle, among them Sidney Nolan, Albert Tucker and Joy Hester.

Don't miss:
We'd suggest hopping on your bike and riding towards Heide if you're feeling energetic. It's a rather pleasant ride right next to the Yarra.

Heide Museum of Modern Art is a torchbearer for Australian modernism, but also champions contemporary Australian art – in the spirit of its founders John and Sunday Reed, patrons and collectors who fostered the local modernist movement in the 1930s and 1940s. While the focus is on Australians, international contemporary art is also exhibited.

The Museum is comprised of three core buildings – Heide I, II and III – as well as extensive gardens and a sculpture park.

In 1934, the Reeds bought and settled on the site, calling it Heide after the town of Heidelberg just across the river. Over the next decade, they turned Heide into a hub for artists, writers and thinkers who shared their progressive social and cultural ideals. The Angry Penguins (including painters Sidney Nolan, Albert Tucker, Joy Hester, Arthur Boyd and John Perceval) alternately lived, worked and played here in the 1940s.

Heide I is the Reeds' original farmstead, while Heide II is a slice of modernist architecture designed by David McGlashan in 1964, when the family outgrew their original digs. After the Reeds passed away in 1981, the public art museum and sculpture park were established, and a larger building was built, with its zinc facade now the distinctive, recognisable face of Heide MOMA.

What is Melbourne best known for?

Melbourne is the cultural capital of Australia, known for its music, art centres and museums, and celebration and expression of art. It has been ranked, year after year, the most 'livable city' and it's not hard to see why.

Is it worth living in Melbourne?

Currently, Melbourne is currently the second-most liveable city in the world and the most liveable in Australia! There are a few reasons why Melbourne is considered such a great place to live: there are multiple public transport options, relatively low crime rates, and plenty of jobs.

Where can I go one hour from Melbourne?