Melbourne is a hip, dynamic metropolis, with an exciting city center, inner-city neighborhoods that are full of unique character, and lush green parks and mountain ranges where you can enjoy Australian nature at its finest.

The city is known for its many laneways, its cultural diversity, excellent dining options for all budgets, and amazing street art. It’s also known for being the coffee capital of the world, and for being regularly voted as the world’s most livable city!

Let’s explore the best things to do in Melbourne: 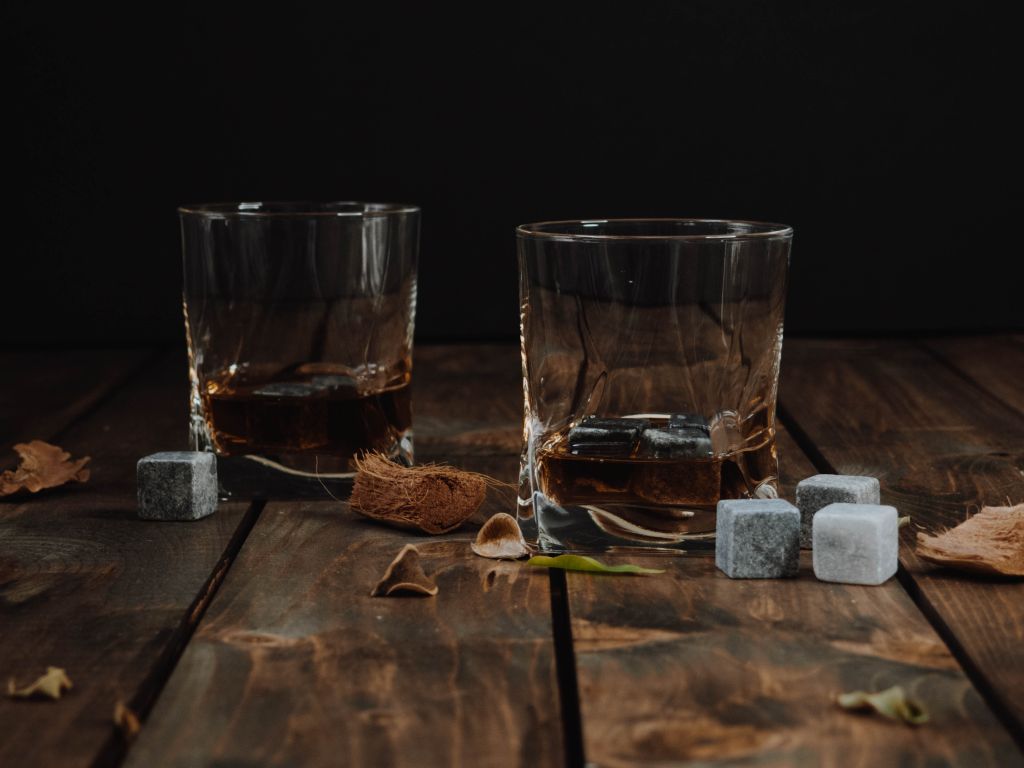 What is it?
A whisky distillery located in Port Melbourne that’s churning out smooth, easy-drinking flavors that any dram drinker would enjoy.

Why go?
The distillery itself is an airy and open warehouse space within easy walking distance of the city. The bar at the front is open to the public (try a whisky and tonic – you can thank us later) and a great space to catch up with friends. It is whisky-focused, as you’d expect, with Starward as well as other Australian spirits available and a few craft beers.

Don’t miss:
You can book tours of the distillery to learn how whisky is made, from barley to bottle. You can taste it at its various stages along the way too, as well as seeing up close the state-of-the-art equipment and hundreds of barrels aging the precious liquid.

Starward was founded in 2007, and it wasn’t long before it was a bartender’s favorite all over Melbourne. Constant changes in temperature mean whisky matures very quickly in Melbourne, taking on flavors from sherry or bourbon casks much faster than the same whisky would take in a place with a more constant climate, like Scotland.

The result is that Starward’s whiskies are almost all under five years old, but they have the smooth, easy-drinking flavors of much more mature drinks.

The Solera and Wine Cask whiskies are the distillery’s signature beverages, and there is also a gin (flavored with salted black lime) and a bottled Old Fashioned that is perfectly balanced and great for taking to a picnic.

The distillery itself is an airy and open warehouse space in Port Melbourne, within easy walking distance of the city. The bar at the front is open to the public (try a whisky and tonic – you can thank us later) and a great space to catch up with friends. It is whisky-focused, as you’d expect, with Starward as well as other Australian spirits available and a few craft beers.

You can book tours of the distillery to learn how whisky is made, from barley to bottle. You can taste whisky at its various stages along the way, along with seeing up close the state-of-the-art equipment and hundreds of barrels aging the precious liquid. There are also masterclasses and special flights, so you can learn about whisky from around the world. 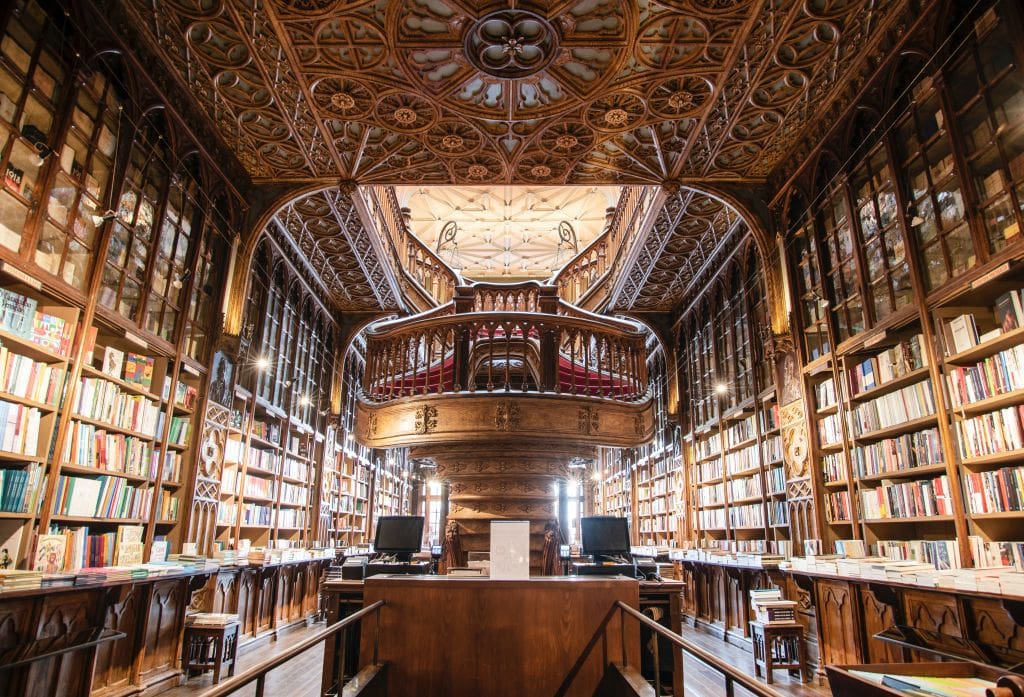 One of the world’s great libraries, the State Library of Victoria is the state’s premier reference and research library and a gateway to the world’s information. The Library houses items that showcase Victoria’s cultural life, past and present, and makes them available to the community through a range of services, exhibitions, and cultural programs.

The State Library of Victoria was founded in 1854, largely through the efforts of several prominent Melbourne citizens such as Sir Redmond Barry and Lieutenant-Governor Charles Joseph La Trobe, the vision for the original library was ambitious – to contain the ‘best of everything and become ‘a great emporium of learning and philosophy, of literature, science, and art’.

The balconies encircling the beautiful Domed Reading Room have now been transformed into exhibition areas. 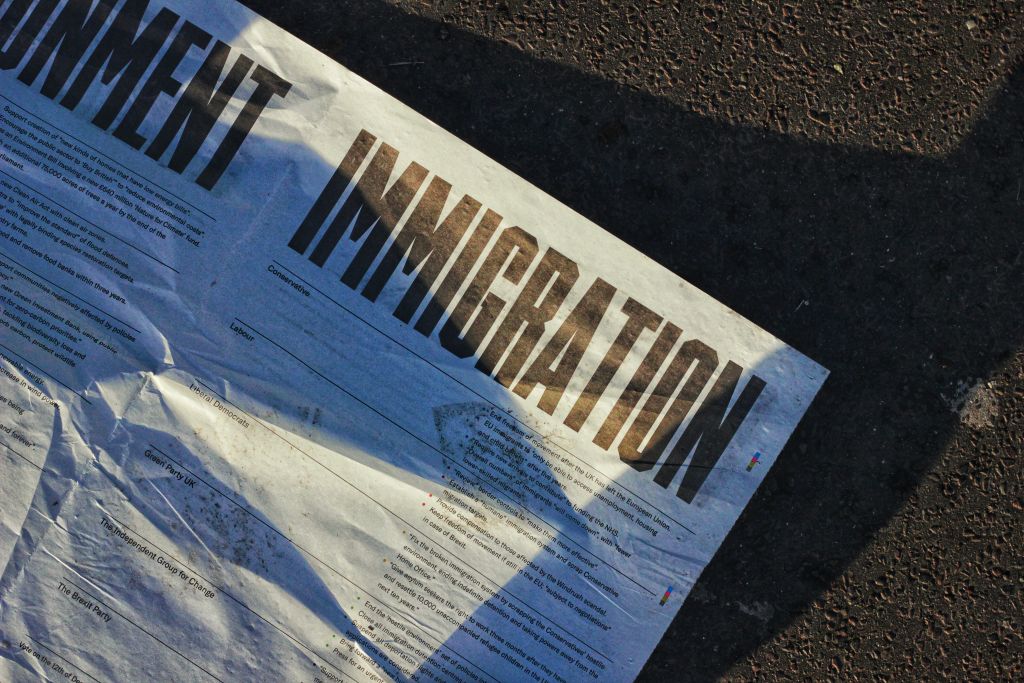 The Immigration Museum is a celebration of the melting pot of modern-day Australia, and the many cultures that have come together to make this country what it is today.

Located in the beautiful Old Customs House, the museum tells the stories of the diverse populations of Melbourne and Victoria at large and tells of the immigration experience, the definitions of identity, and the long and arduous journey that many immigrants would have experienced on their way to Australia.

It also includes the Customs Gallery, a record of the past incarnation of the Old Customs House as the focal point for immigration, trade, and shopping during the 19th Century. 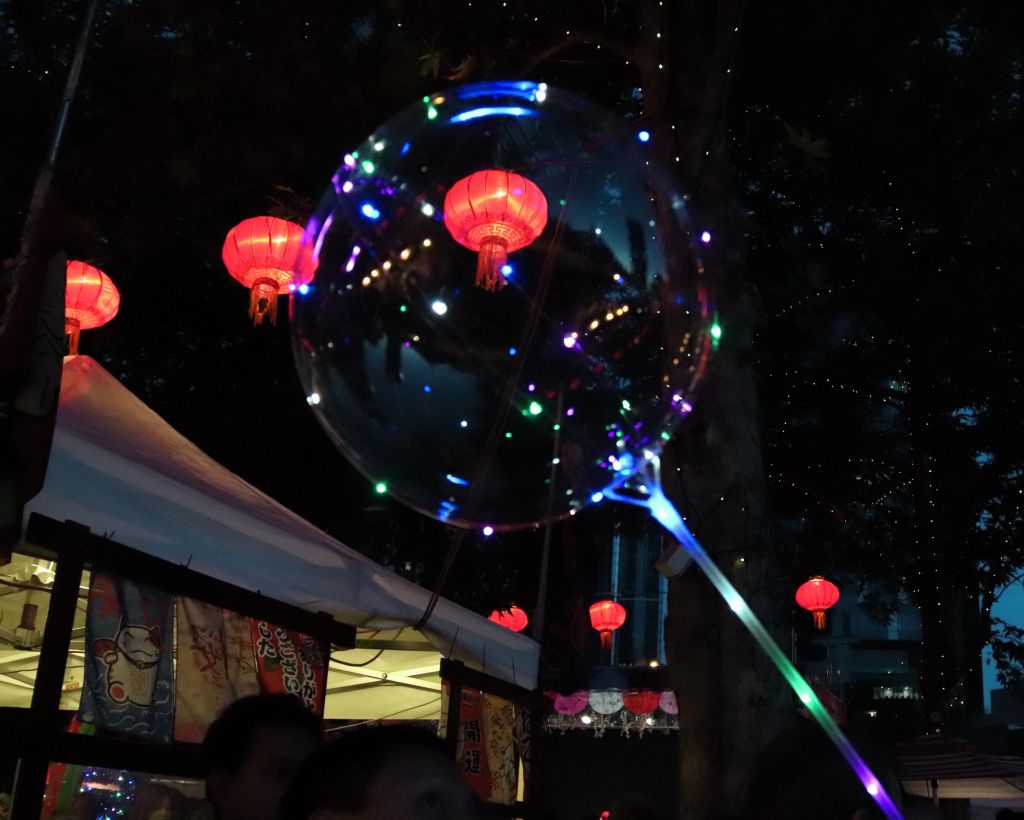 Have a night out at the Crown Casino

The Crown Casino Complex is a massive casino and resort complex adjacent to the Yarra River; it is the largest casino complex in the southern hemisphere, and one of the largest internationally.

Open 24 hours, 7 days a week, except for 3 public holidays per year, it’s great fun if you enjoy gambling, but has so much more to offer: it’s a luxury shopping destination, as well as having wonderful restaurants and pumping nightlife.

The Atrium area is gorgeous, with lovely fountains and sound/light shows, and there are pyrotechnic towers just outside the complex itself that is fascinating to watch; shooting fireballs into the night sky, they are referred to as the “Gas Brigades”, and are the largest of their type in the world. 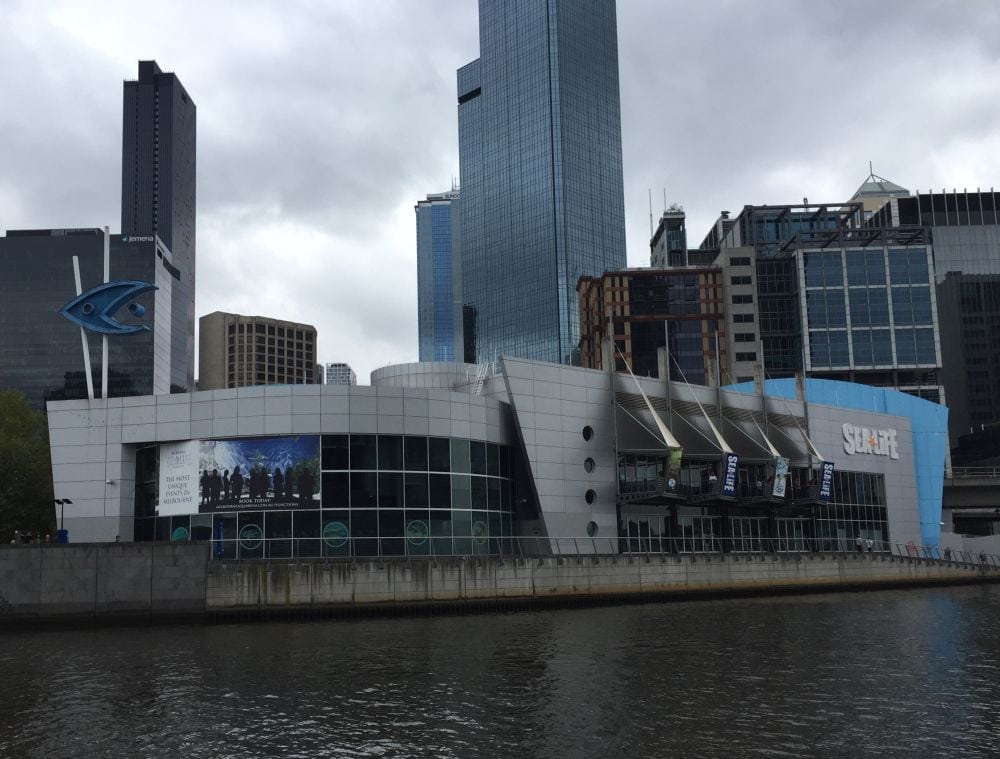 SEA LIFE Melbourne Aquarium, along the banks of the Yarra River, is one of the best-loved destinations in Melbourne! It is a world-class aquarium!

Not just for kids, but kids love this place! It’s easy to spend several hours here! A striking exhibit is the penguin display – including large King Penguins and the Gentoo Penguins. To see these animals swimming is fantastic. To watch events at feeding time is breathtaking!

Other highlights include displays such as River to Reef, Rockpool, Mangrove and Billabong. Some displays are interactive, and creatively put together!

The upstairs Deck Café is a pleasant way to enjoy refreshments along the way!  The main exhibit is the large oceanarium which features sharks including the Grey Nurse! It is a magnificent exhibit and bound to enthrall. 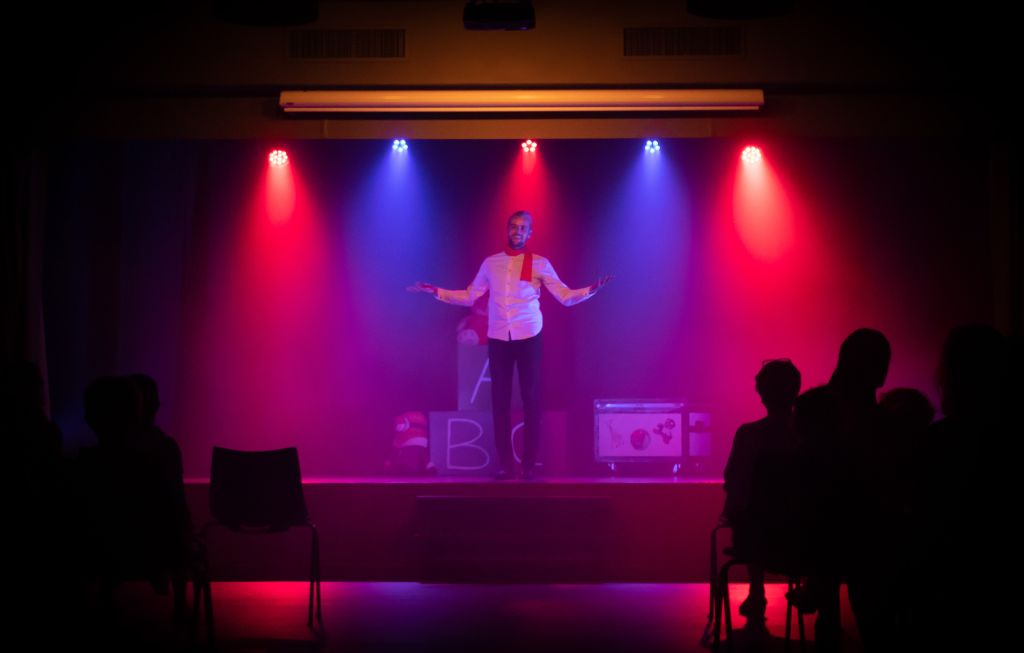 What is it?
The Melbourne International Comedy Festival – held in March/April every year – does much as the box says. It’s a world-class comedy festival that takes over every corner of Melbourne’s CBD, and it’s impossible to miss.

Why go?
The whole city is talking about the shows you have to see; the pink-and-yellow banners line CBD streets; and of course, hordes of audience members gravitate to the Melbourne Town Hall, tickets in hand. As the third-largest international comedy festival in the world, MICF boasts more than 400 shows to choose from.

Don’t miss:
It’s impossible to see everything, so we suggest rocking up at the Town Hall in the evening and checking out what’s on for the night. You could ask the festival’s friendly staff for recommendations, take a chance on an up-and-comer who’s flyering out front, or you could keep a close eye on social media (especially Twitter) to see what everyone is raving about.

The Melbourne International Comedy Festival – held in March/April every year – is impossible to miss. Except in 2020 of course, when everyone missed the festival due to the occurrence of a certain world event.

But the good news is that MICF is back in 2021, with the festival running from March 24 to April 18. It will, like everything, run a little differently from usual years. MICF will present both in-person and online shows during the festival, with digital content available every day.

The good news is that the headline events of the festival – such as the Gala, Comedy Allstars and Upfront – will be coming back, though theatres will be far less full than normal.

Excitingly, MICF is also heading out to the suburbs to showcase the best of the fest, too. Festival director Susan Provan says: “Things will be a little different in 2021 – venue capacities will be capped and extra hygiene measures in place – but it’s also allowed us to try some new things as well.

Festival staff, producers and venues are feeling extremely excited and optimistic, and comedians can’t wait to get back on stage.”

An exciting change to MICF this year is the introduction of Comedy Commutes: a hilarious program of comedy shows taking place out in the ‘burbs. Because as much Melburnians love a $60 Uber, sometimes it’s nice to see a show close to home.

As the third-largest international comedy festival in the world, MICF generally boasts more than 400 shows to choose from. This is a month where the world’s best funny people rub shoulders with the country’s hottest emerging talent; and while it’s one of the most exciting times of the year to be a Melburnian, choosing which shows to see can feel overwhelming.

There are a few ways around this predicament. You could simply rock up at the Town Hall in the evening and check out what’s on for the night, you could ask the festival’s friendly staff for recommendations, or you could keep a close eye on social media (especially Twitter) to see what everyone is raving about. Or, you know, check out Time Out’s annual list of reviews to get our top picks. 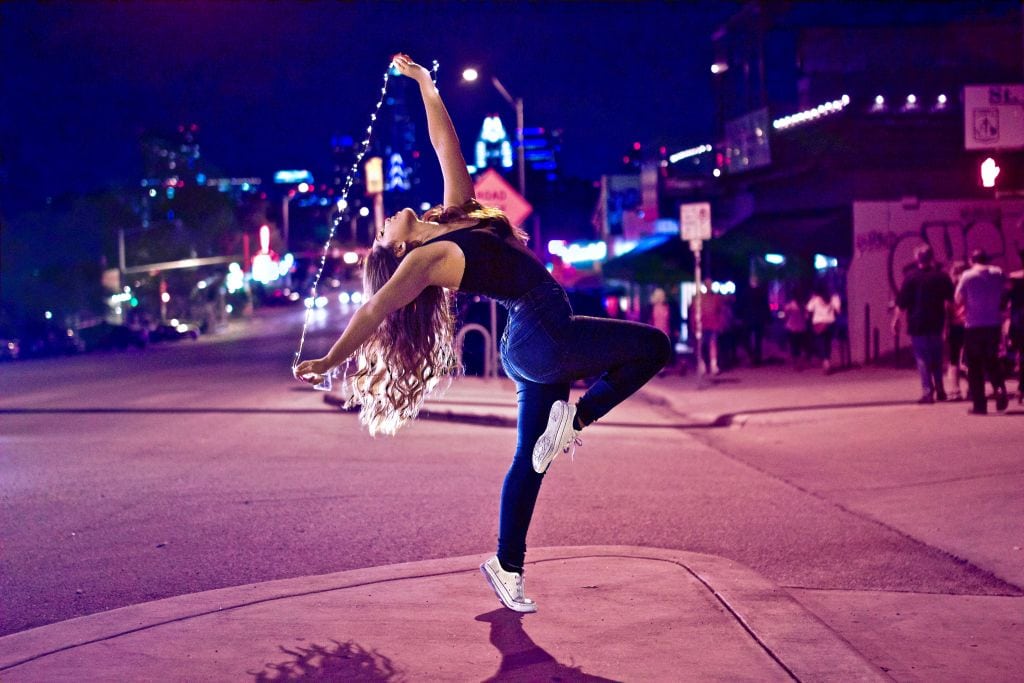 Dance until dawn at The Toff in Town

What is it?
The Toff in Town is one of the swankiest bars in town. Climb the stairs at vertical laneway Curtin House and you’ll find a private booth bar to the left and an excellent band space to the right.

Why go?
This cozy little red-curtained room has hosted a wealth of talent, both home and from far away. It’s a fun haunt and one that reeks of character in an already vibrant Melbourne scene. Get right up and sweaty at the foot of the stage or sit back and sample the menu of delicious eats and the extensive range of drinks on offer.

Don’t miss:
Heading upstairs to the super popular Rooftop Bar for a drink among the city’s rooftops.

Curtin House is frankly ridiculous, brimming over as it is with a host of outstanding bars and club spaces. The Toff in Town is one of the swankiest joints in the building. Climb the stairs and you’ll find a private booth bar to the left and the excellent band space to the right.

This cozy little red-curtained room has hosted a wealth of talent, both home and from far away. It’s a decadent haunt and one that reeks of character in an already vibrant Melbourne scene. Get right up and sweaty at the foot of the stage or sit back and sample their menu of delicious eats and the extensive range of drinks on offer. 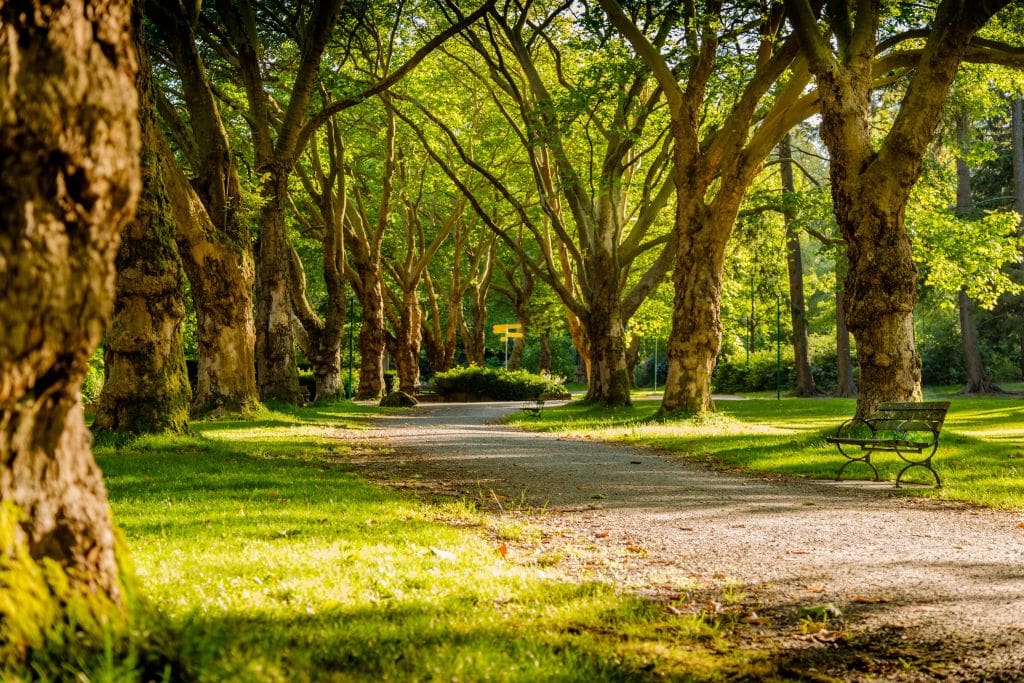 Stroll around the historic Abbotsford Convent

What is it?
The Abbotsford Convent began as a convent in the late 1800s and was also a commercial laundry, orphanage and aged care facility. These days, it’s a hub for artists, makers, community radio broadcasters and teachers – as well as a beautiful place to explore.

Why go?
You can feel the weight of the past as soon as you step into the grounds and look up to the gothic spires of the convent. It’s also an excellent place to roam, explore or just relax on the green hills and amongst the gardens.

Don’t miss:
Checking out the work of local artists in the galleries, the gorgeous animals at the Collingwood Children’s Farm, and going for a vegetarian feast at Lentil as Anything, the restaurant run by volunteers where you pay what you feel the meal is worth.

Once known as the Convent of the Good Shepherd, the Convent provided refuge for vulnerable women, children and orphans. Nowadays, the convent building and formal gardens play host to events and festivals, workshops and classes, music and theatre performances, and in summer, outdoor cinema.

As for the gardens, at the convent’s peak, its inhabitants were fed by extensive vegetable plots, orchards and farming grounds. Situated on an attractive bend of the Yarra, the rambling old site features beautiful and eery buildings, rolling lawns, secluded courtyards and a painstakingly restored formal garden dating from around 1902.

It’s also free, open late, serves beer and if you want to get your hands dirty you can join the Convent’s dedicated team of gardening volunteers.