Melbourne has so much to offer! With a European feel, shopping and sports for all, some of the best food and drink in the country and a unique laneway culture where you can drink the best coffee in the world!

So on your next trip down-under – or the next time you decide on a city break in this beautiful country – we highly recommend keeping a few days free to visit Melbourne, featuring the best places to go in Melbourne along with some travel tips and day trip ideas to help with planning your trip!

Melbourne is the second-largest city in Australia and the capital city of Victoria. However, many overseas visitors don’t make it to Melbourne instead of spending their time in Sydney with its stunning harbour and surf beaches.

There is something for everyone here, no matter what your budget or tastes are. The streets are very easy to navigate, and the city’s laneways offer a shopping and dining experience like no other city in Australia.

The inner suburbs also provide various shopping and dining experiences, especially along shopping strips like Chapel and Fitzroy Streets and Sydney and Bridge Roads. Also, it is a well-known fact among Australians that they have the best coffee in the country.

What to Do in Melbourne

A personal favourite is St Kilda Pier at dusk when the fairy penguins come in and bring smiles to everyone who sees them. Why go to Phillip Island for the penguin parade when there is a free one right in the city?

I love the city laneways for shopping, especially between Flinders, Elizabeth, Bourke and Swanston Streets. Little Collins Street is also perfect for relieving you of some of your cash.

Eureka Tower is a must-see for anyone in the city. It offers stunning views from the highest observation deck in the southern hemisphere, at 297 metres/88 floors.

If you’re here during the AFL (Australian Football League) season, you must check out a game. The atmosphere in the massive MCG is unlike anything else in this country.

Best Neighbourhoods to Explore in Melbourne

The city centre is actually pretty good. I also like St Kilda for the outdoor dining and bars, many with bay views. Brunswick is excellent if you want to experience a bit of the Middle East, with small markets, affordable restaurants with delicious food.

I like Fitzroy for the cafes and restaurants, not to mention all boutique shops, many catering for a hip crowd. Richmond and Prahran are also alright, but a little more expensive than the others. They are pretty popular with the locals, though.

Where to Eat in Melbourne 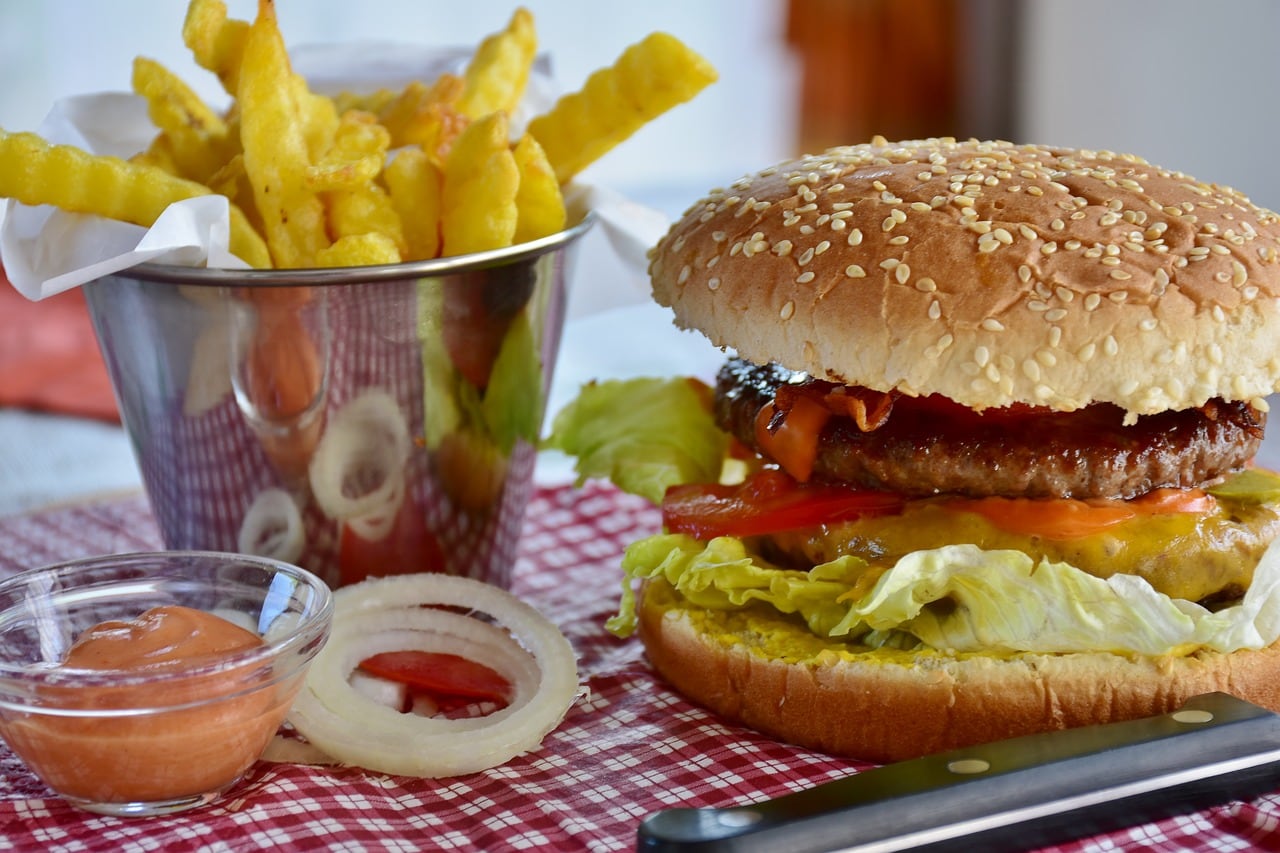 For budget, I would recommend any beer garden on a Sunday afternoon offering a free BBQ – these are quite widespread over the summer months.

I’d recommend Eureka 89 and Vue De Monde mainly because I love a good view from high above the city.

I’d recommend anywhere on Little Collins Street from Swanston Street up to Spring Street for stylish yet casual. Terra Rosa is a personal favourite of mine along this strip.

Where to Drink in Melbourne

You’ve got Red Hummingbird,  The Workshop,  Rooftop Bar,  Cookie, and many others in the city.

For pubs, my personal favourites are along Sydney Road – The Penny Black,  The Retreat and the Cornish Arms Hotel.

There are also many along the river in Southbank – walk along and pick one – they are all great, though if you like cocktails, Left Bank (next to Freshwater Place) has the best espresso martinis.

Best Place for a Sunday Session in Melbourne

Definitely any of the suburban bars and pubs mentioned above. I personally love The Penny Black because they also offer a Sunday roast for those wishing to enjoy a nice, traditional Sunday meal.

I’ve never been disappointed with the food, drink, or atmosphere there on a Sunday. And, it’s good all year round, with outdoor heating and protection from the elements in winter.

I also like checking out the bars along Chapel Street – many offers discounted meals with the purchase of each drink. The people are relaxed and happy on a Sunday.

Where to stay in Melbourne

If it is your first time in Melbourne, you should aim to stay in the CBD or in Carlton, Parkville, Richmond, Southbank or South Yarra, where you can reach the CBD easily via tram or train.

We stayed at The Larwill Studio, a boutique hotel in Melbourne that is design-focused with modern amenities, a 24-hour gym and spacious rooms.

The hotel offers both twin or king bed configurations, and some rooms have a view over the park or the city.

Just outside the hotel is the tram station where you can hop on a tram straight to the CBD and Flinders Street Station, and the airport is AUD$35-40 Uber ride away. Melbourne room rates tend to go up from early December to around February during the Australian summer, so make sure you book your room ahead of time!

What to do in Melbourne in 3 days

There are many beautiful places to visit in Melbourne, and the city features unique European-esque architecture. It’s a beautiful city to wander around aimlessly in, and you’re sure to stumble upon a hidden gem or two.

What is a shot tower, you ask? A shot tower is a tower designed to produce small diameter shot balls used for shotguns, ballast and radiation shielding.

This one located in Melbourne Central shopping mall is one of only three 19th century shot towers remaining in Australia and stands at 50-metres tall. It is an important heritage site in the state of Victoria, and you can tour the shot tower museum inside the second floor of the tower.

Eat up at Queen Victoria Market

Queen Victoria Market is one of the most important landmarks in Melbourne, dating back to the late 1800s.

Spanning two city blocks on the CBD fringe, the market attracts nearly 10 million visitors each year and is home to more than 700 small businesses, most of which are family-owned and operated. It’s a fantastic place to explore if you love fresh food, good coffee, handmade products and unique souvenirs.

The market closes Mondays and Wednesdays and closes early at 2 PM on Tuesdays and Thursdays. However, during the summer months, you can check out the night market, which runs on Wednesday evenings.

Marvel at the Dome in the State Library

The glass dome and La Trobe Reading Room is some of the most Instagram-famous places in Melbourne.

The Governor-General officially opened it in 1913 but experienced several issues, including falling plaster and rainwater leakage. The dome has since undergone significant renovation works and today is a popular Melbourne tourist attraction.

You can take the elevator to the 4th floor and take an elevator or walk up to the dome observation deck, but make sure you are quiet and not obnoxiously stampeding around for that Instagram shot – is it a library, after all!

These colourful beach boxes are one of the best sights in Melbourne (and very popular with Instagrammers, as you can imagine). The 82 Brighton bathing boxes are unique because of their uniform scale and proportion, and building materials and are the only remaining structures of their kind close to the Melbourne CBD.

The Brighton beach boxes are a bit of a pain to get to – your best bet is to take the Sandringham line from Flinders Street Station and get off at Middle Bright station. From there, it is an easy 10-15 minute walk to the beach.

Brighton is a great place to explore with lots of shops and cafes – check out Brighton Soul on Church Street for scrumptious brunch options. 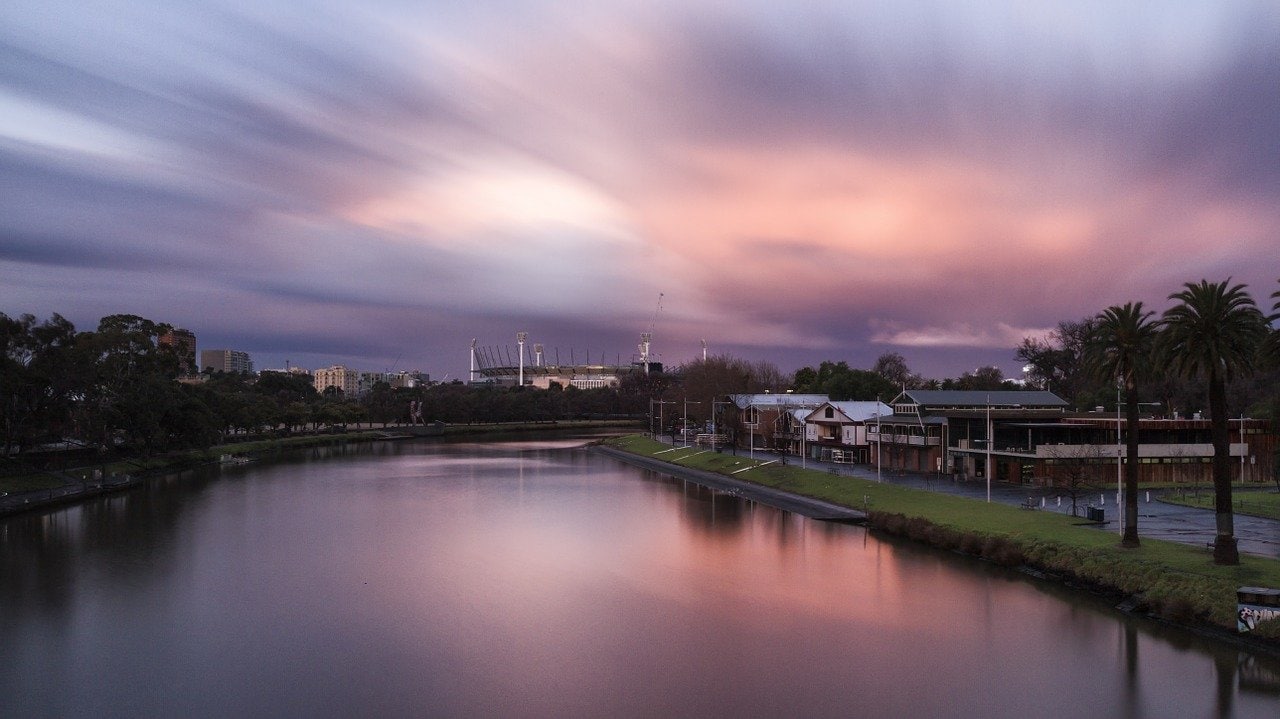 A riverboat cruise is not only the perfect way to see the sights, but it's also an insight into the history of the Yarra River. Many cruise companies can be found along Southbank, and it's a relaxing and fun way to get your bearings before you set out to explore the city on foot.

While you're gliding down the river, keep an eye out for Birrarung Marr, called initially "Birrarung," meaning "river of mists and shadows," a waterfront parkland celebrating Aboriginal ties with the Yarra River.

If you're short on time, the one-hour River Gardens Melbourne Sightseeing Cruise gives you a relaxing tour past top city sights, like the Royal Botanic Gardens, Melbourne Cricket Ground, and National Tennis Centre.

Venture out to St. Kilda

Though St. Kilda beach isn’t one of the best beaches in Australia, it’s still worth heading over to this neighbourhood to check out the boardwalk (home to a penguin colony – you can see them occasionally if you’re lucky), the local pastry and cake shops and Luna Park, an amusement park that has been around for more than a century.

Start your trip off with a street art tour. Personally, I loved the tour by Melbourne Street Art Tours. It’s pricey at $69 AUD, but the cost of the tour helps support local artists.

I learned so much about the art scene in the city and developed a much deeper appreciation for why Melbourne attracts so many artists worldwide. I can’t recommend this tour enough.

If you’re on a tighter budget, take a free walking tour around the city instead. I’m Free Walking Tours offers a couple of different free walking tours to give you a fun and educational introduction to the city and its history.

You’ll learn a lot about the city and get access to an expert local guide who can answer any questions you have. Just be sure to tip your guide at the end!

Docklands is Melbourne's newest waterfront entertainment precinct. With the highest concentration of green-star rated buildings in the Southern Hemisphere, the satellite village is filled with cafés, restaurants, tourist attractions, and parklands.

The view from the giant observation wheel, Melbourne Star, is spectacular, and the area is also home to Etihad Stadium; the Junior Wonderland amusement park; and the Icehouse, a world-class ice sports venue. An art and vintage market is also held along the waterfront every Sunday.

Drink on a floating bar

This has to go on your Melbourne itinerary: Arbory Afloat is a floating bar that is open during the summer and spring – the perfect venue for summer cocktails and wine! It is seriously chic and is one of the coolest places to visit in Melbourne. Get here early to grab a table or book a table for lunch via their website.

Open to the public, even when parliament is in session, Parliament House is one of Melbourne's best-kept tourist secrets. It was built during the Gold Rush, and its interior is lavishly decorated with gold leaf, chandeliers, and a superb mosaic floor.

Free, informative tours are held Monday to Friday on days when parliament is not in session.

Located in the elegant Old Customs House, the Immigration Museum tells real stories of people worldwide who now call Melbourne home. The permanent collection is interactive and engaging, and special exhibitions add to the museum's appeal.

A visit here provides a different perspective of early European settlement, as every person arriving had to pass through customs here.

Tips and Tours: How to Make the Most of Your Visit to Melbourne

Australia's 'capital of cool' has been voted most friendly in a survey undertaken by Conde Nast Traveler magazine. Melbourne tied first place for friendliest city with Auckland in the survey, where voters were able to take a number of factors into consideration, not just the demeanour of a city's people.

How do I plan a trip to Melbourne?

How much should I budget for a trip to Melbourne?