Melbourne is a wonderful city often ranked amongst the World's most liveable each year. Here are some quick facts about Melbourne – including its landmarks, history, culture and more – that you may not already know, useful for both adults and kids. Voted the World's most liveable city, Melbourne is a beautiful destination and a popular choice for international and interstate travellers. Learn about the city, and all that has combined to make it one of the most lust-worthy destinations in the country.

Batman Is From Melbourne

You spent your childhood thinking that Batman is from Gotham City? You were wrong. Batman is an Aussie, and he lives in Melbourne. Do you think that's rubbish? I will tell you the truth. It is a magical moment when every night, especially in the summer months when the sun sets when more than 60,000 bats - so-called 'flying foxes' - make their way from Yarra Bend Park into Melbourne's CBD. The massive flock of bats ready for dinner aims right for the skyline of Melbourne, and it is one of the most beautiful things to see. Mother Nature sure knows how to dazzle. One interesting note: Melbourne was originally named 'Batmania' after one of its founding fathers, John Batman. Imagine that!

You Will Always Get A Wet Pussy

Before you get all geared up with condoms, lube and sex toys, I'm not talking about female genitals here. Instead, I'm talking about a drink served in almost every bar in Melbourne that's made out of a bit of vodka and peach schnapps, topped up with a little bit of cranberry juice and a drop of drop lime. It's a rather soft shot, and your friends will probably consider you weak if you order this kind of drink. It is delicious, though and always remembers that if you can't get lucky, at least there is always a drink that can make you feel better about it.

There Are No Poor People In Melbourne

"Bullshit, I just saw a homeless person the other day, "you're probably thinking. Right, I get you. But this might blow your mind a little bit. Melbourne is the most liveable city in the World! Out of 140 places, Victoria's capital was voted as the most awesome place to live. Not just in Australia, which wouldn't be hard anyway compared to Sydney. There is no other place on the entire planet that provides a better living standard than good old Melbourne. The five main categories were stability, health care, culture, environment, education and infrastructure. Well done, we are proud of you!

There Are 38% Were Born Overseas.

"Nihao, Namaste or Merhaba..." are common ways to say hello in the second biggest city in the country because almost half of the population of Melbourne wasn't even born in Australia. The majority was born in the UK, followed by Italy, Vietnam, China and Greece. Such cultural diversity brings a lot of amazing advantages to Melbourne, and all these different cultures, religions and many more aspects work in harmony here. Every suburb is different, and you can see the big influence of each culture, whichever suburb you're in! 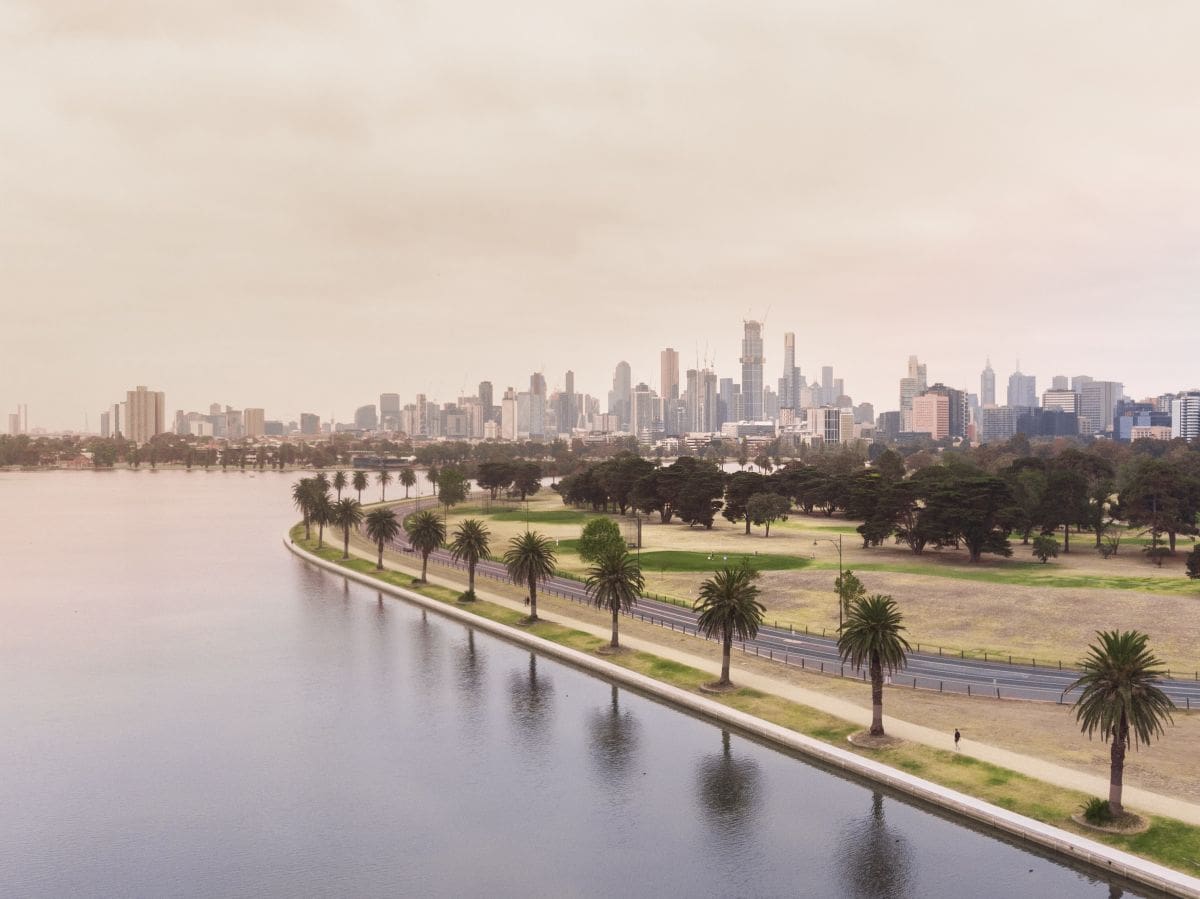 You probably think that we're talking about the German autobahn. Nope, I suppose you might be wrong. However, it is probably not a surprise that this record was set by a German driver named Michael Schuhmacher. Melbourne hosts the legendary Formula 1 Grand Prix race in Albert Park, which is the first race of the season. If you've ever been there in winter, you probably ask yourself where all the stages and tracks are. Couldn't you see anything? That's because 3-4 months before the race, all the stages, pit area, and the track will be set up for the race and removed afterwards. What a great effort!

Here You'll Find One Of The Only Brakesmen In The World.

Do you still remember the days when a guy would stand in the elevator and operate the lift for guests because it was such a complex thing to push a button? Probably not. Melbourne's Luna Park probably offers one of the outstanding jobs in Australia, working as a Brakesman on the oldest continuously operating roller coaster in the World since 1911. The amusement park based in St. Kilda and the Tivoli in Copenhagen are the only two parks that still operate a rollercoaster with the help of a Brakesman. More than a hundred years, that's awesome!

We Love Gays And Lesbians, And We Listen To Them

Do you think we are not progressive in Australia? You're wrong! It might have taken us 200 years to get gay marriage, but Melbourne had the first radio channel that serves gays and lesbians in the city. More than 250 volunteers contribute to Joy FM every day and making it one of Melbourne's most popular radio stations. To date, the channel home on Bourke Street is Australia's largest member-based gay and lesbian community. This is a fact we are all proud of, and we hope that Joy FM's rainbow reaches more and more people around this wonderful country.

Melbourne Makes You Super High In A Few Seconds

Naughty! Did you also think about coffee shops, the sweet smell of marijuana and that Melbourne is the official Amsterdam of Australia? Wrong. We are not talking about drugs here but elevators! There is certainly one building you can't miss in Melbourne's skyline, the Eureka Tower. It is the second tallest building and the second tallest residential tower after Ocean Heights in Dubai. No other elevator in the Southern Hemisphere elevates you faster, up to 285 meters. The lift travels nine meters per second and drops you right at the highest public vantage point of a building in the southern 50% of the earth. Remarkable!

It seems normal to us when we see all the competing athletes walk in together with their countrymen for the opening and closing ceremonies of the Olympics. But it wasn't always like that. For example, in 1956, Melbourne became the first host of the Olympic Games outside of Europe and North America. Besides all the athletes who challenged each other, the real star was a young teenager called John Ian Wing. He sent an anonymous letter to the Olympic committee suggesting that the athletes walk in together by the end of the games to symbolise global unity. He remained anonymous for another 30 years until they lifted his secret of sending the letter.

You Will Be Served On The Tram

Melbourne's number one restaurant is a tram. The Colonial Tramcar Restaurant was voted the number one place to dine in the city if you believe in Tripadvisor. It is a romantic experience, combining 5-star chefs with a sightseeing tour. It is probably one of the best and laziest ways to know the city. It takes you around the city circle route, passing by the Parliament building to Southbank and up again through Bourke Street while you are filling your tummy with delicious food. Not a bad idea and something I will certainly add to my bucket list.

What Is The Most Famous Thing About Melbourne?

Melbourne is famous for its culture, and the National Gallery of Victoria is the jewel in the crown. It's not only the oldest public art gallery in Australia, but it's also the most visited. Here, you can admire more than 70,000 works of European, Asian, Oceanic, and American art in two city locations.

What Was Melbourne's Old Name?

Known briefly as Batmania, the settlement was named Melbourne on 10 April 1837 by Governor Richard Bourke after the British Prime Minister, William Lamb, 2nd Viscount Melbourne, whose seat was Melbourne Hall in the market town of Melbourne, Derbyshire.

John Batman, the beloved founder of Melbourne, is widely considered sympathetic towards Aboriginal people. This reputation stems largely from his famous attempt (unique in Australian history) to purchase the land around Port Phillip via a treaty with the local Wurundjeru people.

Why Is Melbourne The Best City?

The Economist Intelligence Unit's 2017 Global Liveability Index awarded Melbourne as the world's top city for seven years running. Our cohesive and stable society, healthcare, education and world-class infrastructure make Melbourne a magnificent city in which to live, work and study.

Did You Know Facts About Melbourne?

Does Melbourne Have A Flag?

What Is Melbourne Culture?

Melbourne's culture is vibrant and alive. A city that incites inspiration, it's a melting pot of creativity expressed in its arts, design, fashion and events. From theatre shows and live music to comedy clubs and fashion shows, you will discover that Victoria celebrates a vibrant artistic culture, ready to be explored.

FAQs About The Interesting Facts In Melbourne

Melbourne was the capital city of Australia for 26 years between 1901 and 1927 before the capital shifted to Canberra Melbourne has the largest tram system outside of Europe and the fourth largest in the world overall Around 90 tonnes of dog poo is left on the streets of Melbourne every day.

Melbourne was originally named Batmania. The first-ever set of traffic lights in Australia was installed in Melbourne until the year 1966, pubs in Melbourne closed at 6:00 pm. Melbourne has the highest number of restaurants and cafes per number of people than any other city in the World! According to the Crimes Act of 1958, if you meet up with a Pirate in Melbourne, you must not trade with them...

Melbourne is home to the World's highest Italian and Greek populations outside their own countries. In 1856, Melbourne workers successfully campaigned for the World's first 8-hour workday. All the rest of us are still thankful today! As of 2013, around 38% of Melbourne's residents were born overseas. A person who lives in or comes from Melbourne is called a Melbournian 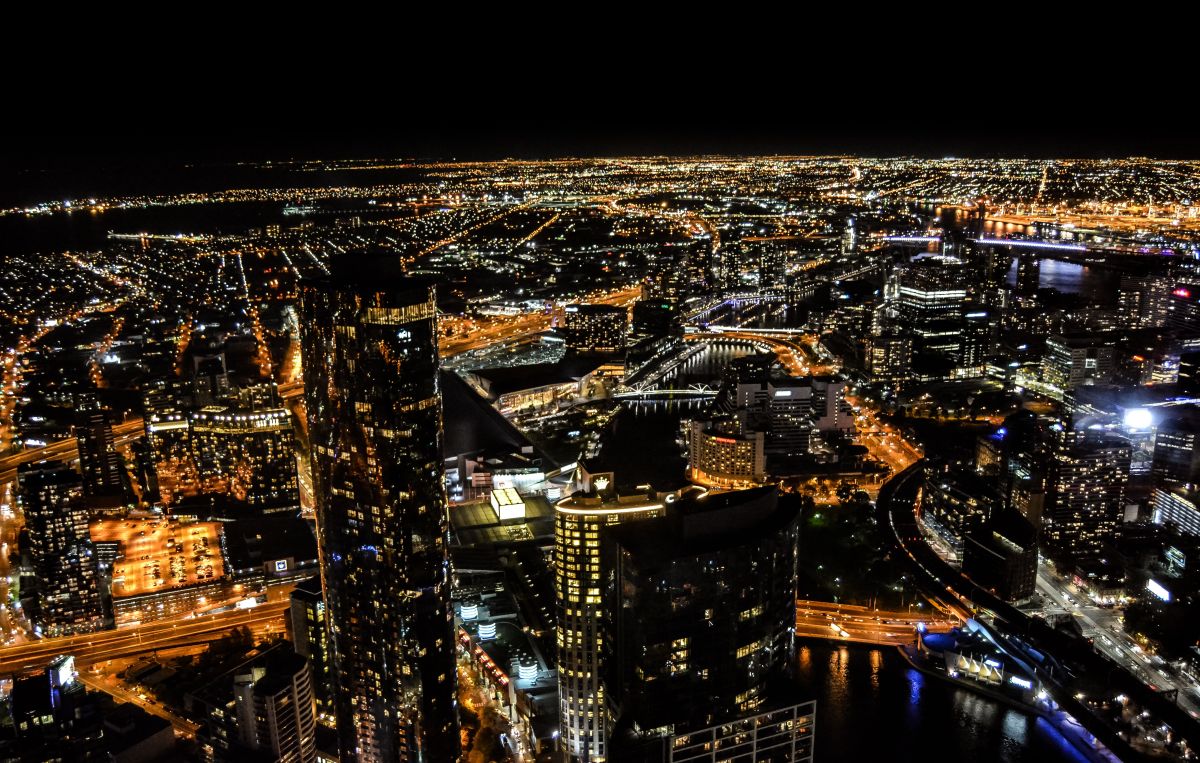 Melbourne is considered Australia's unofficial sporting capital and is the only city with five international standard sporting facilities. Melbourne holds the world record for the highest attendance at a cricket match, with a total of 90,800 spectators back in 1961 The ever-popular Australian Aussie Rules Football (AFL) was invented in Melbourne.

Melbourne is a modern city constantly changing and leading the World in many technologies.