For many years, creatively inclined Melbourne suffered from a dearth of interesting hotels. But a bumper crop of openings and renovations—both in the city centre and beyond—has lately invigorated the scene, and visitors to Australia’s second-largest city now have a real range of options. From intimate, heavily art-centric finds to riotously colourful trend-setters, park-view grande dames, and French-inflected sophisticated, we’ve shortlisted the savviest picks, no matter which style of lodging you prefer. Read on for our curated list of the best hotels in what is undoubtedly the country's leading creative hot spot (both on the streets and in studios).

Have you ever been in a situation where there are so many options to choose from that you just get paralysed? It’s called the choice conundrum and it’s more common than you think. This is especially true for people visiting Australia and Melbourne in particular, for the first time.

Here are the best hotels in Melbourne, chosen by our expert, including luxury hotels, boutique hotels, budget hotels and Melbourne hotel deals. Read the reviews and book.

A period building opposite the Albert Park Australian Grand Prix - a must for racing fans! Guests can enjoy meals in the Brasserie restaurant with a side of Ozzie charm. Rooms are decorated in a fuss-free 'loft' style in greys and accent reds. Dramatic, dark tiled bathrooms feature roll-top baths.

It is also home to a variety of exotic flora and fauna take a wander through Melbourne's expansive Botanical Gardens.

And do not forget about the tennis courts just across the road in Middle Park.

A charming boutique spot in South Yarra, the Como Melbourne McGallery Hotel rolls in chic and sumptuous elegance. The signature 5-star hotel is a whole new experience they are eager for you to try. The hotel floors have graced with a portfolio of celebrity names and you could be next. The 111 rooms are impeccably serviced and designed to provide you with the luxury of space and plenty of natural light.

South Yarra’s fashionable identity is complemented by the minimalist, sunlight-flooded whites of the hotel’s rooms. Each will dazzle with its fully-equipped kitchenettes, sleek black marble bathroom tiles and if you’re lucky, a lofty penthouse. The Como is a boutique home away from home which will leave you feeling like a local in no time.

Located about 10 miles from Melbourne's CBD, Chadstone is the largest mall in the Southern Hemisphere. The new-build Chadstone Hotel—part of Sofitel's MGallery collection—is advertised as an ideal choice for Australian shopaholics, but overseas visitors will also be tempted by the property's luxe trimmings. The vaguely Art Deco rooms lull guests into a post-shopping stupor; think, plush Sofitel MyBeds, dusty-pink headboards, extra-deep soaking tubs, and near-uncanny soundproofing.

A hallowed, occasionally creaky, old dame, one that’s played host to everyone from Harry Houdini to Metallica. It pleases with its old-fashioned charm and architectural grace, generously sized rooms and kindly service, despite being betwixt and between a former grandeur and a total makeover in 2020.

Rooms across all categories share the same large windows, old-fashioned dark-wood furniture and pale blue and cream-toned draperies and carpets. They are priced according to size; all also come with pretty, marble-trimmed (if tiny) bathrooms and most rooms have tubs and walk-in wardrobes.

If you can upgrade to a suite, do. These rambling, home-sized Victorian spaces have lofty ceilings, grand entrances, lushly furnished lounge and dining rooms and a whole lot of history (one apparently complete with a resident ghost).

Located in Collins Street, The Grand Hyatt Melbourne is practically in the CBD. The convenience that comes with such a location cannot be understated, but that’s just one of the reasons why this hotel is on this list.

Established in 1985 the Grand Hyatt is one of Melbourne’s premier 5-star hotels! Since its establishment, the hotel’s standards just keep getting better. Just last year it won the leading business hotel at the World Tourism Awards!

The Hotel has over 500 guest rooms each furnished opulently. Each room has access to amazing city views. In fact in some have an unfettered view of the Yarra River!

This one definitely makes for a memorable getaway! 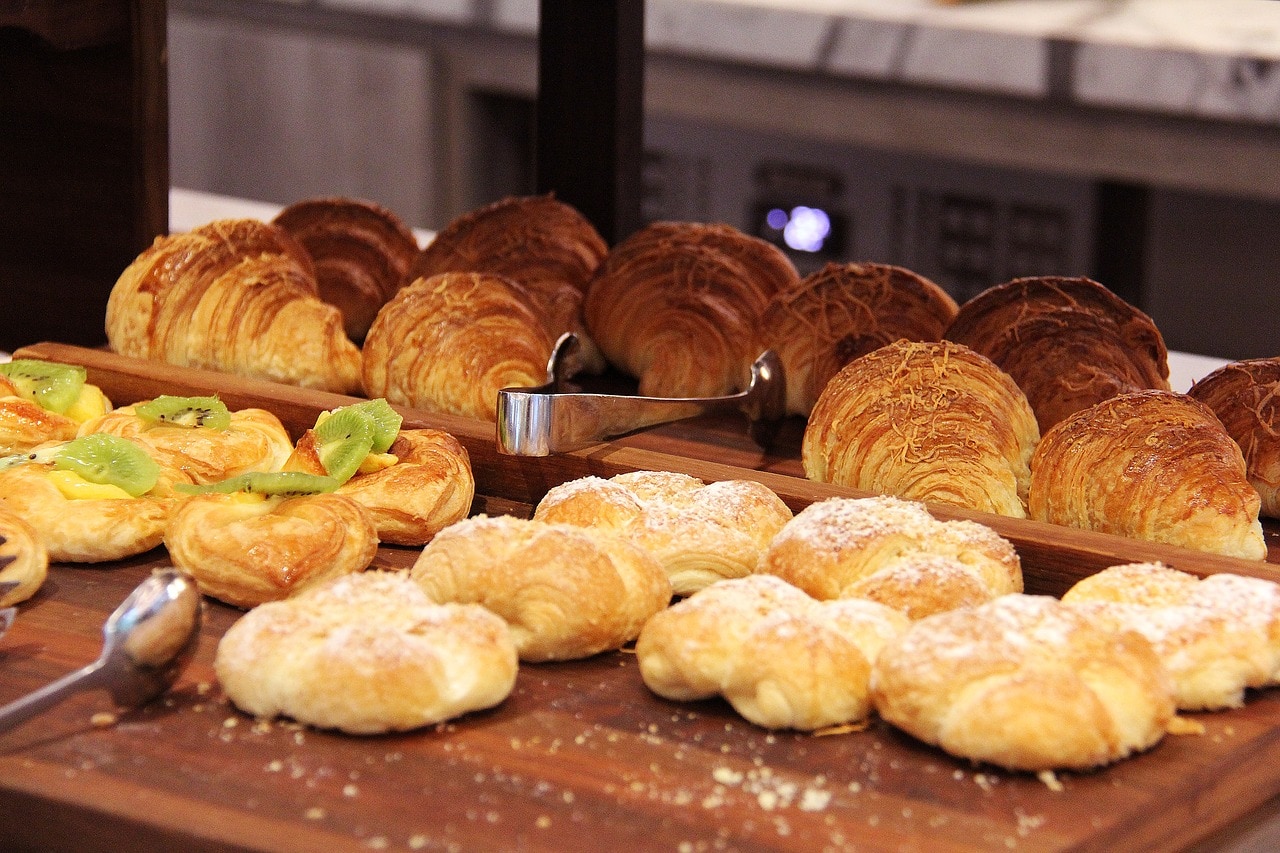 A favourite among those travelling to the city on business, the Melbourne Marriott has something of an '80s James Bond aesthetic going for it. And between the smooth, polished floors, leather accents and stylish no-nonsense furnishings you can see why it attracts discerning corporate travellers.

Take advantage of the hotels fully kitted out business facilities or relax on the vast pillowtop beds. No-fuss = no problem.

This luxury hotel offers unrivalled views of the city from its location on the Yarra River. The decor inside is impressive, with a marble staircase, waterfall features and chandeliers dripping from the roof. The perfect place to mix business and pleasure.

Its Chuan Spa was inspired by the principles of Traditional Chinese Medicine!

Many sights nearby! You’re a five-minute walk to Federation Square, the Arts Centre and the CBD.

The dining experience at the poplar Melba is unforgettable. From breakfast to dinner, or for some afternoon tea in between, the restaurant won’t disappoint.

Expect all standard amenities that come with a hotel of this stature. Spa, fitness centre, free wifi are all included.

Finally, it also has an indoor and outdoor pool.

Although it's no longer the only independent five-star hotel in Melbourne, The Lyall remains the property by which all other boutiques are judged. This discreet haven in moneyed South Yarra continues to impress with its plush rooms, personalized service, and superlative spa.

The clientele ranges from international celebrities to prominent Australians visiting Melbourne from other parts of the country and the odd staycation. Even the entry-level options at this all-suite hotel feel generously proportioned, with proper living/lounge areas, large bathrooms with tubs, and well-stocked kitchenettes for those planning to stay awhile.

The hottest hotel in town. QT Melbourne finds its inspiration in the historic rag trade of nearby Flinders Lane and the ‘Paris End’ of Collins Street. Kitted out in video art, neon sculptures and chatty, flirtatious lifts, this is a hotel that engages, intrigues and bemuses like no other.

Located in the heart of Melbourne’s vibrant CBD (Central Business District), the hotel is steps away from some of Melbourne’s best restaurants, bars and shopping, not to mention theatres, clubs and major cultural institutions such as Federation Square. Proximity to trams and trains means easy access to Melbourne’s diverse inner-city neighbourhoods.

Service is professional, personable and youthful. Staff are well versed in what is cool and current in the city. The property includes a small fitness centre but no pool.

All 188 rooms are slick and on point. Industrial concrete ceilings and brushed-slate bathrooms are mellowed by oak timber floors, tan leather sofas and textile accents in electric blue and gold or red and turquoise. 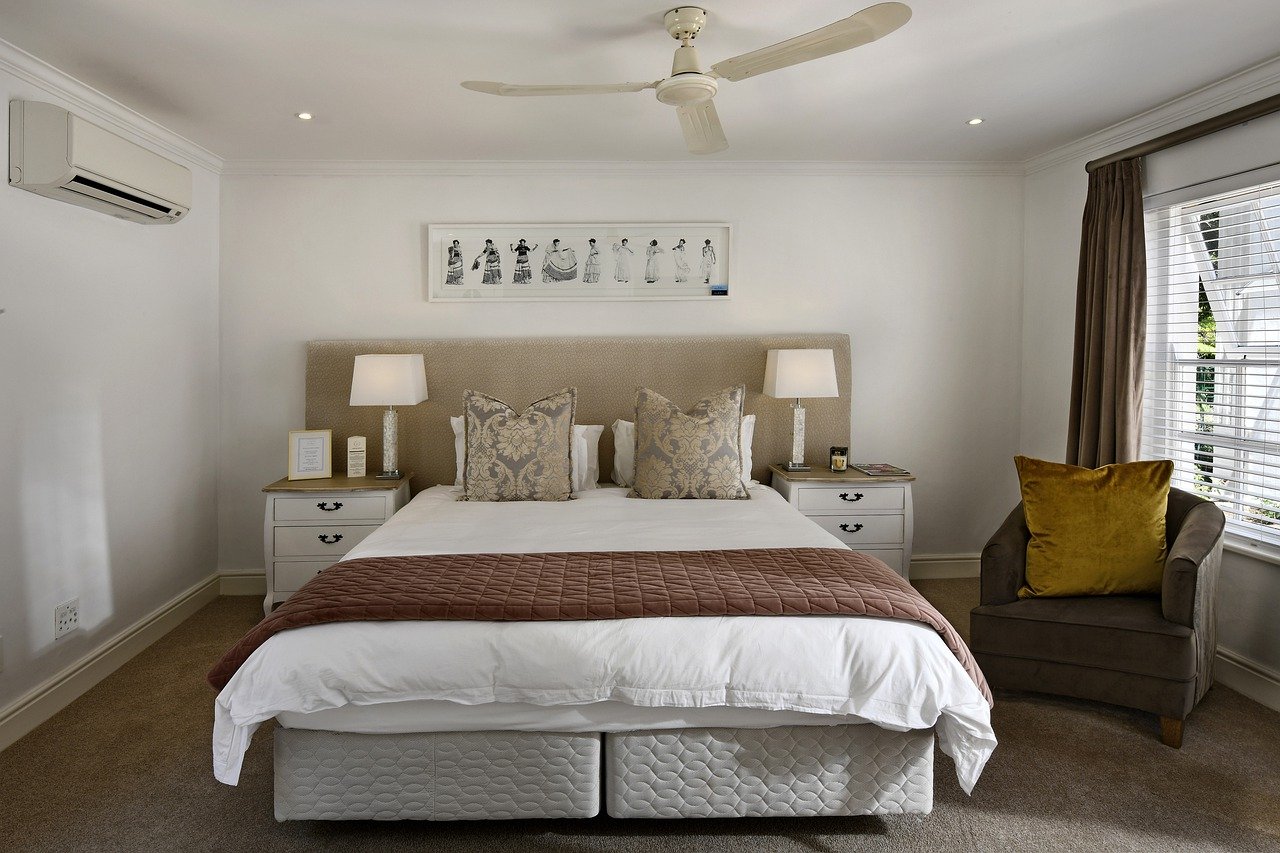 Located on the Yarra River, Crown Towers Melbourne is one of the city’s most loved hotels. Enjoy magnificent city views, luxurious interiors and an abundance of space in our guest rooms and suites, making them a perfect retreat after a day of exploring Melbourne.

A landmark in this great Australian city, Crown Towers needs no description. Whether you choose their classic deluxe room, or you opt for their more exquisite villa experience, Crown Towers Melbourne will leave you pleasantly astounded.

The location is great too as popular attractions such as the Melbourne Convention and Exhibition Centre as well as Eureka Skydeck are all in the vicinity.

For fine dining, try the world-famous Nobu restaurant located in the house.

When the Rialto opened in December 2008 after a huge refurbishment, it was the first hotel in the world to be Green Globe rated. That achievement came without needing to compromise on style – inside the rooms, you'll find contemporary, spacious digs with the latest technology and top of the line beds that contrast nicely with the Rialto's ornate gothic facade.

Grandeur is the name of the game at the InterContinental Melbourne, sitting pretty on Collins Street in the CBD. From the striking 1890’s neo-gothic façade to the sophisticated guest rooms complete with marble bathrooms, this hotel exudes luxury at every turn.

The indoor pool boasts unmatched city views, but it’s the food and drink offerings that shine brightest. Sit under the soaring arches of the atrium at the Alluvial restaurant and enjoy dishes made from local produce (matched with an impressive selection of Australian wines, of course) or treat yourself to freshly baked buttermilk scones at Mrs D’ebros High Tea.

A buzzing cultural hub, Flinder’s street is the lively district you’ll probably find yourself stepping on. The Hotel Lindrum’s history stretches far back to 1999 as part of a burgeoning class of luxury hotels. The hotel stands for its elegant infusion of heritage in its service and operations while constantly evolving and remaining contemporary. The billiard room, for example, uses an original billiard table from when the building was the site of Lindrum’s Billiard Centre.

The hotel’s prime location is conveniently near Melbourne’s top tourist attractions and local gems you’ll find bordering the city’s CBD. A walk away is Federation Square – a cultural entertainment space host to an extensive variety of eating houses and bars. Indulge in the art at the BMW Amphitheatre, the Australian Racing Museum or the National Gallery of Victoria which you will find are in close proximity to the Square’s centre.

An art-centric hotel boasting an excellent central location. Contemporary rooms are clean in design with soft hues and plenty of glass offset by vibrant modern artworks. A health thread runs through the property with designated snacks, meditation and yoga mats offered in the room. Modern living defined.

It also gives chic Scandi-style right next to Royal Park all at a very reasonable rate.

If you love going for a walk, take a stroll around the nearby Royal Park and make a pit stop at Melbourne Zoo.

This 15-room property is a pleasing counterpoint to the grande dame hotels that dominate central Melbourne: it's compact, characterful (the historic building was once a pub), and resolutely low key. Coppersmith has an enduring cult following. This 18th-century building underwent a gut renovation before it became a hotel—as a result, the guest rooms are sleek and modern while retaining some historic flavour.

A discreet, understated hotel that’s notable for its stylish, restrained and elegant rooms and warmth and generosity of service. Nestled between Southbank and Docklands, its location also makes for excellent city and Yarra access, not to mention sublime views of Melbourne.

Southwharf, the newest of Melbourne’s redeveloped ‘precincts’, nestles between Southbank and Docklands. Swanston Street trams lie a few minutes' walks down a pretty path along the Yarra – these will have you in the city centre in five to 10 minutes. The hotel is right behind the Melbourne Convention Centre, and next to the Southwharf DFO shopping centre and a strip of riverside bars and restaurants.

Spot on service is a feature here, and a dedicated concierge team go the extra mile in helping you discover the best Melbourne has to offer, from city restaurant bookings to wine tasting in the Yarra Valley via helicopter (there’s a helipad just across the river). They’re also known for their ‘staging’ of marriage proposals, filling rooms with rose petals and otherwise helping out keen grooms-to-be, as well as anniversaries and birthdays.

What is the most expensive hotel in Melbourne?

Melbourne's Crown Towers currently holds the title for the most expensive hotel suite in Australia with the “Chairman's Villa”, costing between $20,000 to $27,500 per night and which can only be booked on request.

What are the best luxury hotels in Melbourne?

What are the best cheap hotels in Melbourne?