It's hard to get a hat. The Age Good Food Guide Awards 2016 seemed like a shake-up of sorts. We're sure all the restaurants were judged on their merits, but there were as many "losers" as winners. Melbourne has two-three hat restaurants - Attica and Brae (technically not Melbourne but regional).

Can we conclude that Sydney, with a plethora of high-end restaurants, is the fine dining capital of Australia, with Melbourne, the winner of the "mid-end" casual scene? The stats would suggest that. Who then is the foodie capital of Australia? We like to enjoy it all; the perfect combination would be to take Sydney high end and combine it with the Melbourne mid-range. Brisbane and Hobart might have something to say about that being on the rise.

When you read through the guide cover to cover as we did over a long 4-hour lunch (rather appropriate), you realise that many of the hatted restaurants of yesteryear are no longer hatted. Indeed some of them have been trending down over several years.

Yes, it's hard to get a hat. We applaud Woodland House for going from one hat to two, Lume for its debut hat, Minamishima (a name some people had trouble with possibly after a few drinks) to burst onto the scene with two hats, and all the other hat winners. Attica and Brae should also be congratulated (it's a long way to the top) for keeping their three hat status.

We also appreciate the cheap eats and cafe sections, for example. Well done to Delhi Streets, who we highly rate ourselves, and to Shandong Mama for enriching our culinary scene. We note the trend to healthier eating cafes, becoming more Superfood bowls than burgers.

You can argue one way or another about several restaurants, but overall we think the Good Food Guide gets it about right (whether anyone cares about our opinion). One thing we can say is that we've personally been to the vast majority of the restaurants in the Good Food Guide, which is more than most.

Altair Restaurant in Warrandyte can lay claim to the best dining in the eastern suburbs with a score of 14.5; indeed, they also scored higher than many of the big-name wineries nearby.

When you get awarded a hat, it's clear you need to keep working hard to keep it. Every year each restaurant is assessed through an exacting process; one cannot assume a restaurant is locked in for a hat for years to come.

We feel that some restaurants have "hat moments" throughout the year, but it's the consistency of hat quality day in and day out that is needed. Anyway, we are not the reviewers but rather opinionated bloggers. At least we can speak from a base of visiting hundreds of restaurants per year.

2021 has hardly been the year of dining out, and it's safe to say we're all overdue for a killer meal. For chefs and restaurants, being awarded a ‘Chef Hat’ is the highest honour.

For restaurant-goers, it means your hitlist is pretty much done and dusted. We've got four months left of the year. You better believe we're making the most of it.

So for food with all the frills, tip your hat to these amazing chef-hatted restaurants in Melbourne – which ones will you be booking?

A fixture on The World's 50 Best Restaurants list since 2010, Ben Shrewy's Attica is a must-try for all foodies. Serving up inventive tasting menus that push the culinary boundaries, each dish heroes local, underrated ingredients like bunya nuts and murnong. Eclectic, warm and one-of-a-kind, dining at Attica is a unique experience worth more than three hats.

The very definition of farm-to-plate, Brae has retained their three chef hats and was awarded Vittoria Restaurant of the Year. Sitting pretty on 30 acres with vegetable plots and an established grove of over 100 trees, Brae uses fresh produce from its farm as well as that of local producers and growers to shape its ever-changing menu.

Get the full experience and stay in one of their six eco-friendly luxury guest suites. Pure bliss.

Be sure to treat yourself to the signature chef’s tasting menu whilst you take in the 360-degree views of the city.

With a choice of four, five or six courses, along with a perfectly paired wine list, diners take a gastronomic tour of the region through each plate.

Refined, minimal and exact, Minamishima is the epitome of fine Japanese dining. Following the principles of omakase dining, the menu is dictated by the chef and is influenced by the seasons, but expect handcrafted nigiri to make an appearance.

Everything served up to diners has been meticulously considered, from the fresh, local produce to the precision plating. Whether you dine at the counter, sushi-bar style, or in the dining room, you are in for a real treat. 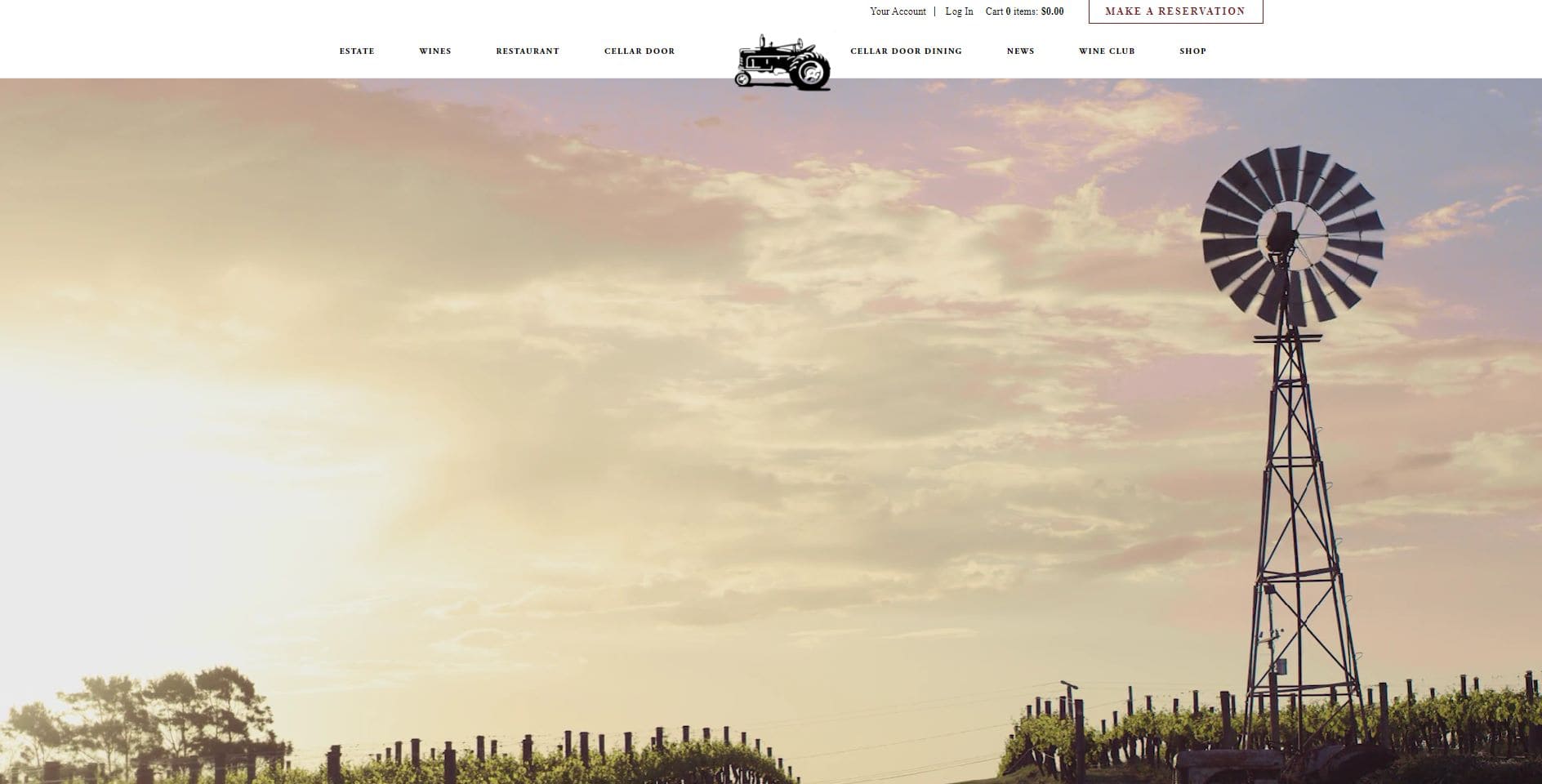 Ten Minutes By Tractor is a must-visit for those passionate about food and wine. Named after the convergence of three family-owned Mornington Peninsula wineries (each ten minutes by tractor apart), the estate offers some of the truest expressions of the region's varieties as well as inspired dining.

The risks pay off, with every dish artfully marrying flavour, technique and artful plating, all of it culminating in their iconic ‘black box’ dessert – a bucket list Melbourne dish everyone should try.

When the head chef has stints at Attica and Vue de Monde under their belt, you know you’re in for a rough time. This 16-seat, degustation-only restaurant is fronted by Mo Zhou, a Henan-born chef passionate about creative cooking and local produce.

Those unafraid of the novel will be delighted by his imaginative flavour and textural combinations, with dishes guaranteed to have you deep in thought at the dinner table.

Meanwhile, the cosy yet elegant fitout creates instant intimacy while being simple enough to let the sophisticated dishes sing.

A sleek yet industrial setting within an old factory, it’s easy to settle in for the evening at the elegant Cutler and Co. With a focus on top-quality produce and a great fine dining experience, the menu is designed to share simple and seasonal modern Australian dishes.

Wickens at the Royal Mail

Wickens at the Royal Mail Hotel is a two-hatted paddock to plate sensory experience with an everchanging menu that plays on locally grown and foraged flavours.

Relying heavily on produce harvested daily from the hotel’s organic kitchen garden and boasting a world-class wine list from the impressive 28,000 bottle wine cellar, you'll never want to leave. À la carte or degustation, Wickens at the Royal Mail Hotel is destination dining at its finest. 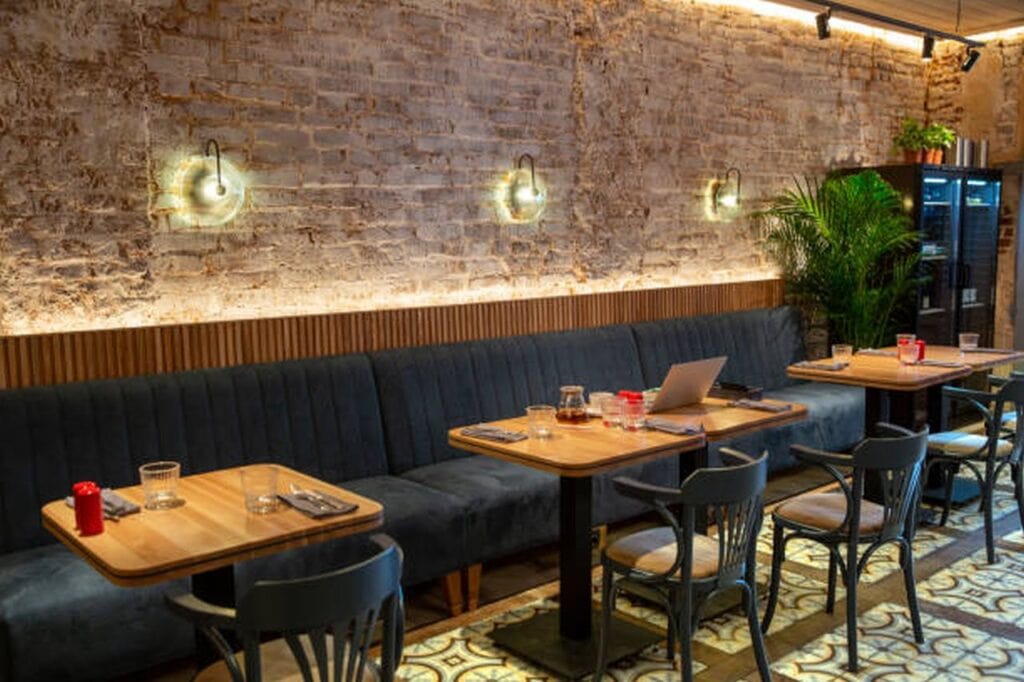 Flower Drum is synonymous with Melbourne hospitality – the 45-year-old Cantonese institution even has its own Wikipedia page. Around a sumptuous grand dining room weave experienced waiters who greet their regulars (politicians, high profile chefs and celebrities among them) like old friends. Signature dishes such as the deftly carved Peking duck, mud crab xiao long bao and quail sang Choi bao are mainstays decade after decade, as is the wallet-busting premium live seafood cooked to world-class perfection.

Complex yet restrained dishes are a masterclass in Japanese perfectionism, changing day by day under the freshest produce on offer.

Located in the up and coming suburb of Yarraville is one of Melbourne’s most exciting and innovative restaurants. Serving a degustation menu to only 25 guests a night has given chef-owner Julian Hills more space to flex his creative muscles, with the results speaking for themselves –weekends are usually booked out months in advance.

Adventurous diners are bound to love the genre-bouncing playlist and novel drinks list (think wattleseed espresso martinis and toasted rice kombucha) before they even get to the food, which includes adventurous bites like trout roe and black garlic macarons or blue cheesecake with tamarillos.

When a dining experience kicks off with a ceremonial Champagne trolley, you know you’re in for a good night. And in the opulent setting of Grossi Florentino, they pull out all the stops.

Chandeliers hang elegantly from the ornate ceiling, and ancient murals decoratively line the walls. This has Italian romance written all over it. The food is exquisite, serving traditional comfort plates with a touch of decadence. This is a dining experience like no other. 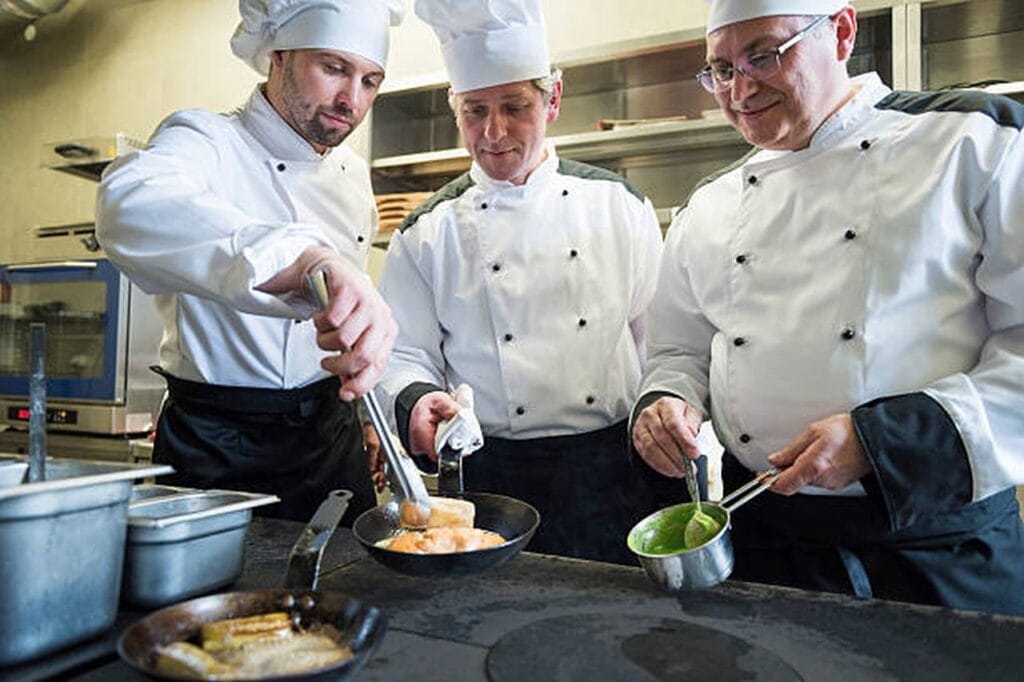 Fiery Indian cuisine with a refined and contemporary touch is what you can expect from this CBD mainstay, tucked off one of Melbourne’s most iconic laneways. The luxe white tablecloths won’t be pristine for long after you devour Tonka’s glorious saucy and succulent dishes.

The lamb curry with roasted coconut and black cardamom is hard to pass up, or try something from one of the Tandoor ovens, like the whole spatchcock or Petuna ocean trout.

A true Melbourne institution, sleek and chic Coda is widely agreed to be one of the city’s best. Always buzzing with its special brand of energy, not only is this the place to be seen on a Friday night (or any other night for that matter) – but you’re guaranteed a brilliant meal in the process. Trust us, the yellowfin tuna alone is worth the wait.

How Many Hats Does Vue De Monde Have?

What Is A 3 Hat Restaurant?

An overview of the Chef Hat system can be found below: 12-13 points: fine cuisine. An optional hat (similar to a Michelin star) could put your head on the ground for 14-15 minutes. Five hats at 19 points: A trip to Michelin stars at 18-19 points): three hats, worth a trip (similar to three Michelin stars)

How Many Three Hat Restaurants Are There In Melbourne?

There are no longer many restaurants in Melbourne; categorise them according to their size and region.

What Are Hats In Australian Restaurants?

You can only find a ‘hat’ for chefs and restaurants when they’ve won prizes. Scores go towards ingredients, service, technique, value, and consistency in a restaurant. An eatery needs no more than 15 out of 20, taking these factors into account. There are a few places that offer two to three hats.

What Is A Chef’S Hat In Australia?

Each restaurant can be rated separately based on its cuisine. Chef Hats awards chefs who demonstrate continuous excellence in cooking.

From high profile newcomers to classic eateries that have stood the test of time – these are the places where memories (and memorable meals) are made.

One Chef Hatted Restaurants In Melbourne

OPINION: THE AGE GOOD FOOD GUIDE - IT'S HARD TO GET A HAT

Melbourne’s Chef-hatted Restaurants You Need To See To Believe